Realm Pictures created the 21st century equivalent of text-based games: a chat-based game. The film studio set up a live action zombie roleplaying game in their office and then had people on Chatroulette, Omegle and Skype control the hero in first-person. 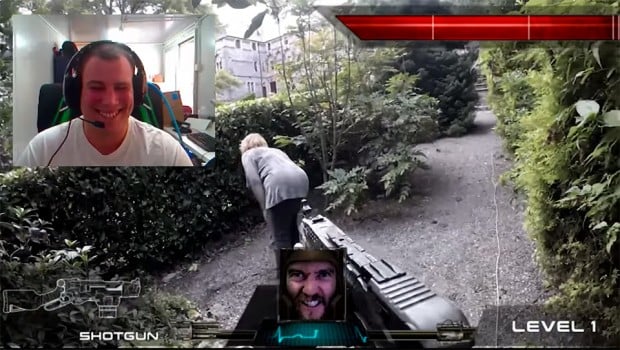 Here’s how it went down (minus the random penis sightings I assume). Note that there’s some salty language in the video.

What’s amazing about this is that Realm Pictures went to great lengths make the livestream look and feel like a video game. Pretty much everything in the video happened live, including the sound effects and the HUD and other visual cues. Check out the behind-the-scenes for more: