Living Dead Dolls Monkeys of Oz Will Get Your Brains, My Pretty

I’ve never been a fan of the The Wizard of Oz. The thing that creeped me out about it wasn’t the witch, or the tornado, it was the flying monkeys.

I used to think it would be cool to own a monkey, they are sort of cute. Then a few years back that monkey beat the crap out of its owner and then ate her face. Nope. Monkeys are evil, and perhaps the only animal that are bigger assholes than cats. At least your cat won’t eat you or steal your luggage. Zombie-loving Wizard of Oz fans check out these Living Dead Dolls that look like the flying monkeys from Oz, only creepier. 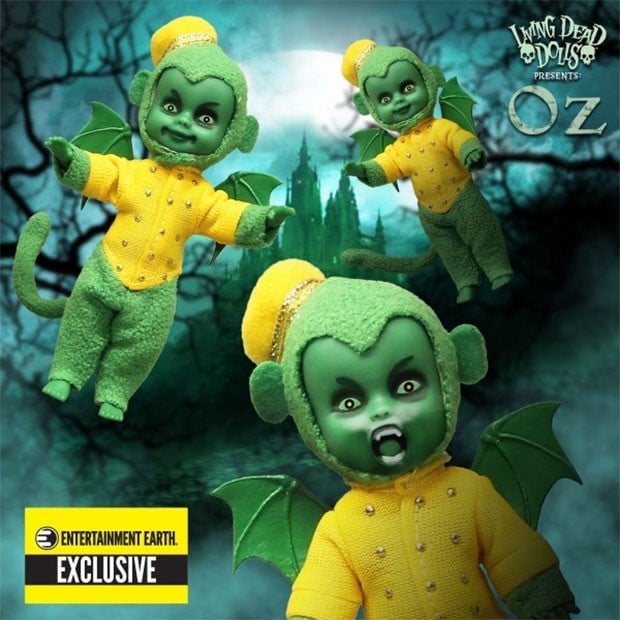