One of my least favorite things is getting into a steaming hot car in the middle of summer. You can open the windows, turn on the air and start driving to get the breeze flowing and you’re still going to suffer and sweat it out for a while. Well, a revolutionary new paint developed in the Applied Physics Lab at Johns Hopkins University may be able to solve that burning issue. 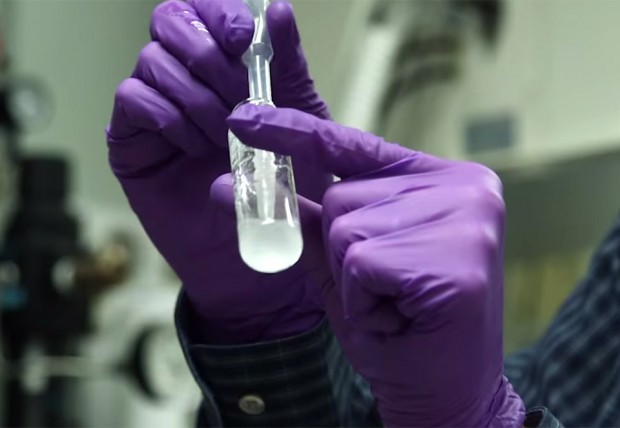 The paint is created using the extremely abundant compound silica, which is the primary ingredient in glass. Basically, you cover a metal surface with this new paint and it sends sunbeams that hit it harmlessly back to where they came from. And not only does it keep metal surfaces cool, but also it’s a lot more durable than the paint used on today’s cars. The paint’s creator, Jason Benkoski, says, “It’s almost like painting a rock on top of your metal, and this thing’s going to last for not tens of years, but maybe hundreds of years.” Even better, metal deteriorates more quickly when it gets hot, so not only will the paint last a long time, but the metal itself will have a longer, stronger life.

While I am most looking forward to this paint keeping my car cool during the torrid months, Benkoski, who developed the paint to be used on U.S. Navy ships, says his favorite application will be on metal playground slides to protect kids like his two-year-old son. Brilliant. Unfortunately, we’ll have to sweat it out for a little while still, because widespread testing won’t start for another couple of years.

[ACS via Gizmag via Gizmodo]