I like Batman well enough. I certainly watched the show in reruns during the summer growing up, and love the Christian Bale/Christopher Nolan franchise. Batman fans into DIY and making things with their hands might want to get some of these kits. 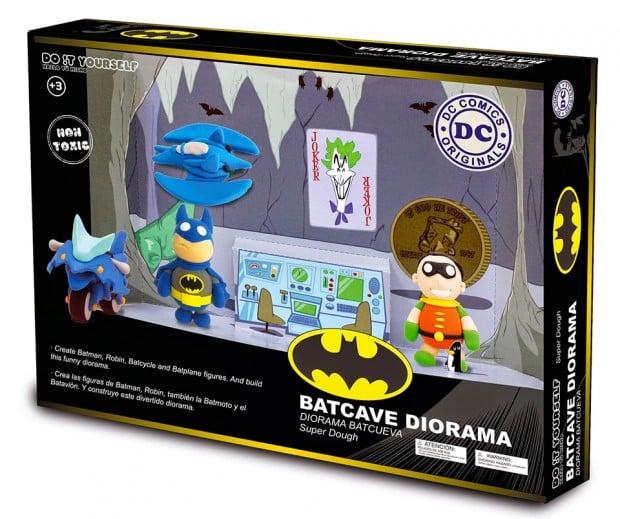 ThinkGeek has a set of three Super Dough Do It Yourself modeling sets that range in price from $9.99 to $24.99(USD). The kits come in four different styles and all have instructions. You can get the dough and instructions to make Batman, The Joker, The Batmobile, and The Batcave. 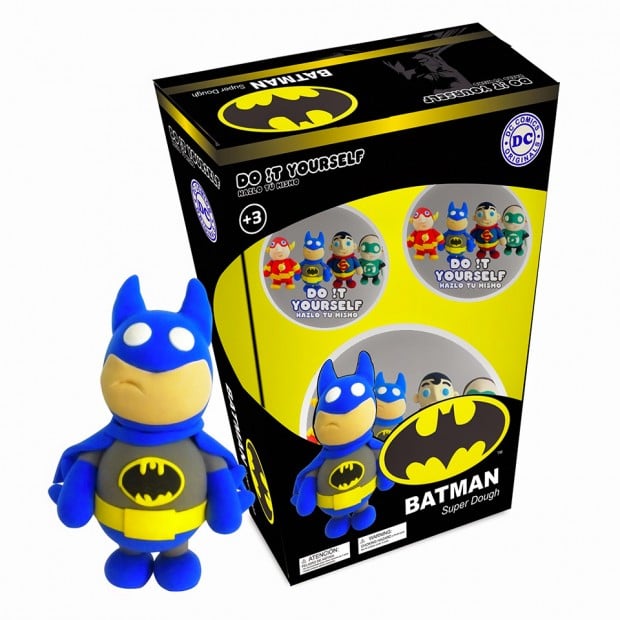 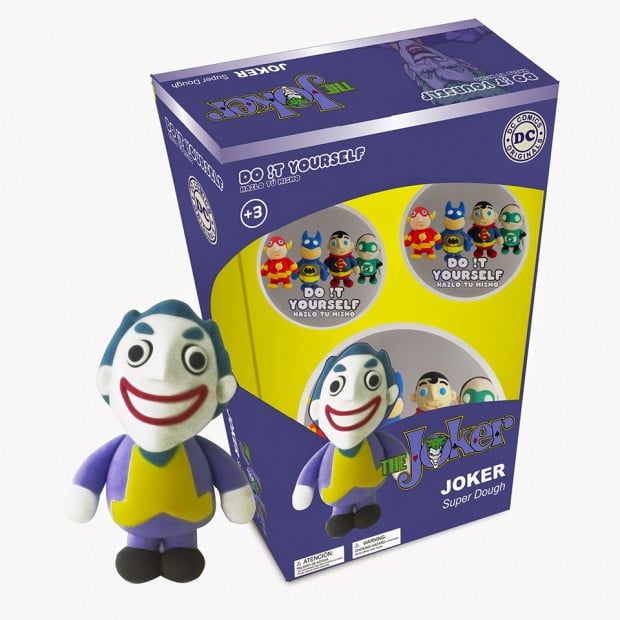 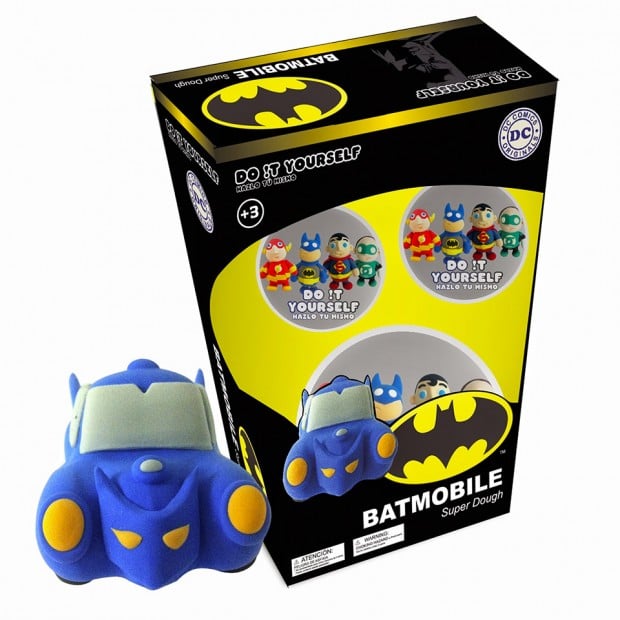 The Batcave diorama is the largest of all available and sells for $24.99. I’m not sure what’s up with the giant penny and dinosaur in the background though, it looks like a Batman/Flintstones crossover. 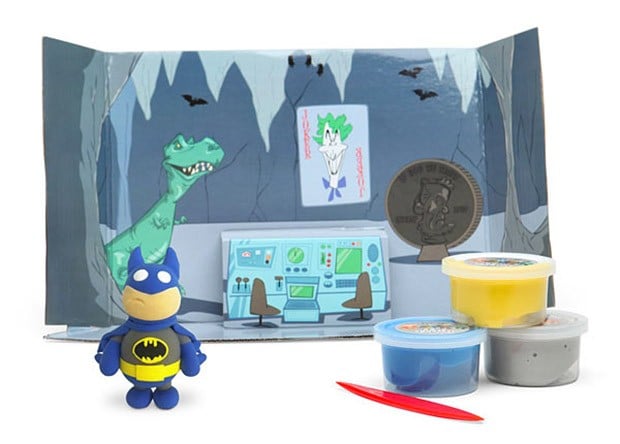