Hold on to your Laguna card. First launched in Japan, Square Enix’s Final Fantasy news app Final Fantasy Portal is already available in English for Android devices. To convince you to read things like how awesome Final Fantasy XV will be when it launches after the apocalypse, the app comes with the legendary card mini-game Triple Triad. 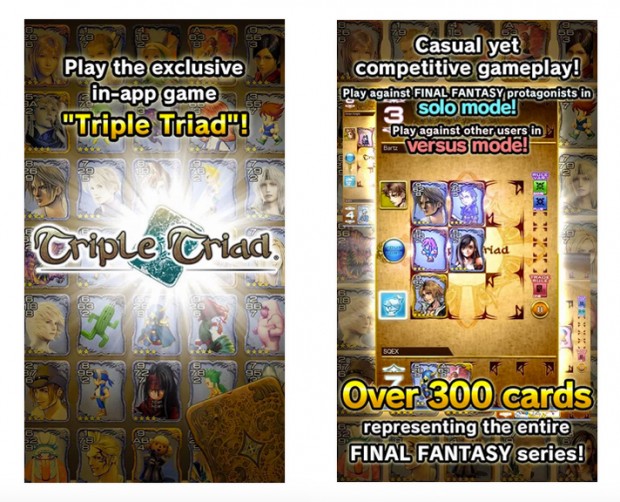 First introduced in Final Fantasy VIII, Triple Triad has become such a hit that it was re-introduced in FF XIV as well as in fan-made variants online. The app’s take on the game will have both single and online head-to-head battles.

Stop Gwenting for a bit and download the Android app for free from the Google Play Store. I’m sure the iOS version will arrive soon.