A couple of years ago we checked out a VRcade, a virtual reality arcade that freed players to move and translated their movements in the game with the help of motion capture systems. Artanim’s Real Virtuality is a lot like that, except it’s geared for multiple users and not just for games but for other content as well. 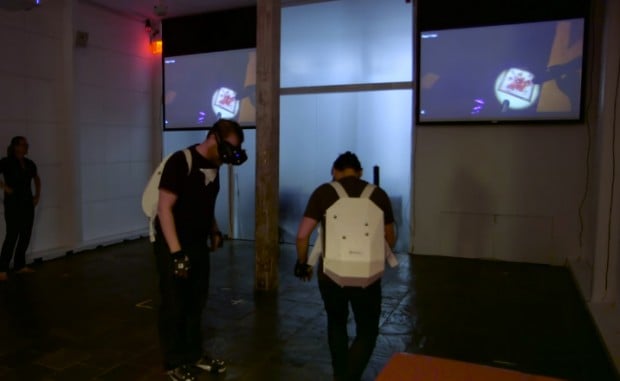 Much like VRcade, Real Virtuality uses cameras mounted around a room to track markers placed on the users. Players are able to move thanks to the computer and wireless hardware stuffed in a backpack. 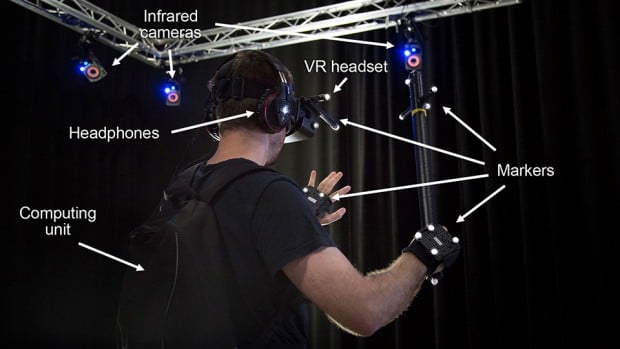 While I’m sure the VR experience itself is very convincing in person, another impressive aspect of Real Virtuality is its extremely low latency. As you’ll see in Tested’s demo and interview below, the experience is seamless enough that users can easily make coordinated movements such as a handshake and even toss objects to each other.

Perhaps the pessimistic prophecies about virtual reality where we just sit or lie down all day lost in our individual bubbles won’t come to pass. Maybe these fake worlds and barriers will encourage us to move and connect here in the real one. Until of course our smartphones make their way into VR. Check out Artanim’s website for more on Real Virtuality.