We’ve seen many ideas for devices with flexible displays, but a company called Polyera claims that it will commercially launch such a device next year. It’s called the Wove Band, a smartwatch with an E-ink touchscreen running nearly the length of its entire strap. 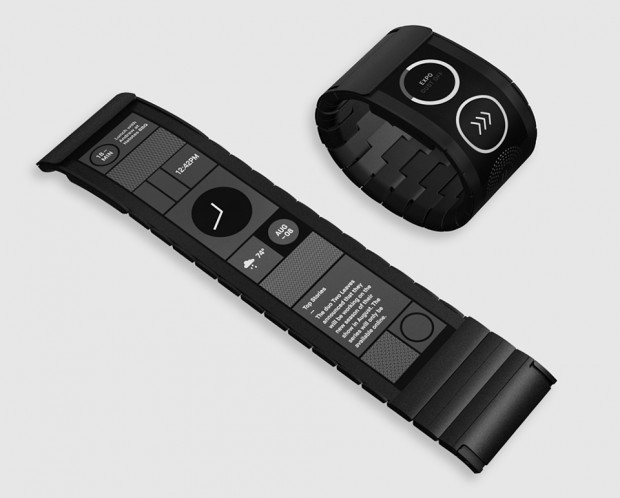 The Wove Band is based on Polyera Digital Fabric Technology, which “uses proprietary electronic materials to enable displays that are flexible, robust, and can be manufactured in traditional display fabrication plants with minimal capital investment.” The use of E-ink should give it a long battery life despite having a display much larger than that of current smartwatches. Polyera says it will give away prototype units to a few artists and developers by the end of this year before selling the final version in mid-2016.

While it’s unclear if or when the Wove Band will be widely available, Polyera says it’s just one of the many planned applications of its technology. The company hopes to be the one to realize the flexible devices and integrated electronics that have remained prototypes and concepts for years, if not decades.