It may not be as exciting as Lexus’ hoverboard, but Takara Tomy’s new Linear Liner is still pretty neat. Based on Central Japan Railway’s L0 Series trains, this model train also uses magnetic levitation to zip along its track. 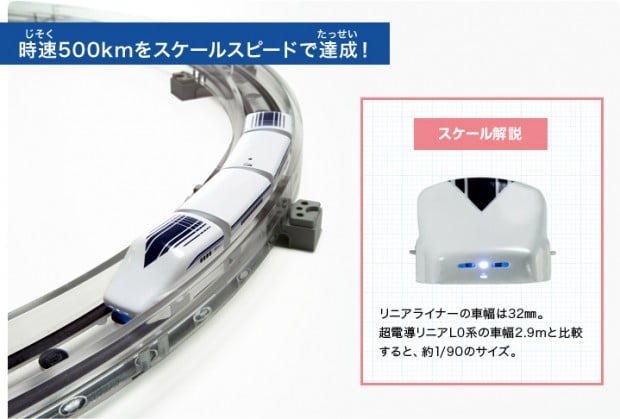 You can pre-order the Linear Liner from Hobby Link Japan for ~$290 (USD).