There are lots of photo apps and online services that can perform one-click enhancements. But these user-friendly shortcuts usually tweak a photo’s general quality, such as color or sharpness. Two Princeton University Computer Science students worked with Adobe Research to create a program that automatically detects and removes distracting elements from photos. 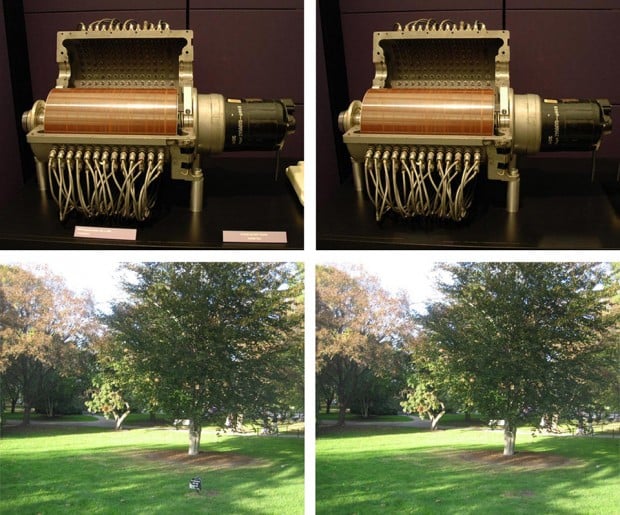 Princeton students Ohad Fried and Adam Finkelstein worked with Adobe’s Eli Shechtman and Dan Goldman to create the prototype program. Using data from surveys made through Amazon’s Mechanical Turk as well as through a mobile app they made, the group taught their program to recognize the kinds of objects that people would most likely want to remove from their photos (trash, holes or other people) and where these objects are typically found (usually near the edges of a photo).

The images above show two of the program’s successful edits. While the results are promising, the group admits that there’s still a lot of work to be done. Sometimes their program removes important parts of the photos, and sometimes it doesn’t remove the unwanted parts completely. Read the group’s paper on Princeton’s website for more on their project.

[via Princeton via Popular Science]