Prankster Messes with Drive Thrus Masquerading as a Robot

We all know that robots are evil and hell-bent on taking over the world so that they can kill us all and use our blood to lubricate their servos. So it is no wonder so many of these poor fast food employees were scared out of their minds when Rahat Hussein pulled up to the drive thru. 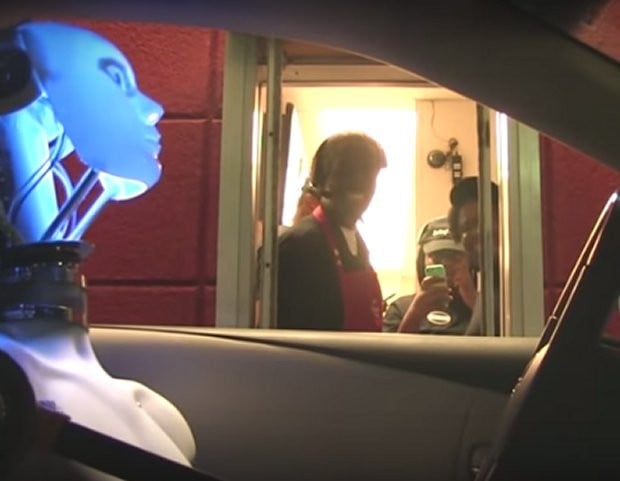 Even though he’s a magician, Rahat’s main shtick is to constantly freak out fast food employees from the comfort of his car seat. For his latest series of pranks, he pulls up to the window with a humanoid robot in the driver’s seat, without a human driver or passenger anywhere to be found.

The best parts are when the robot’s face turns red with anger and it says things like, “I will end you!” Surprisingly, no one tried to kill it by throwing searing hot fry grease at it.

In case you missed it, check out the first time Rahat pulled the robot prank below: