Mr. Potato Head is one of those toys that we have all played with at one time or another. I can remember my mom blowing my mind as a kid when she told me when she was little you used a real potato, and Mr. Potato Head only came with arms and other parts you stuck into the real potato.

Over the years, the Mr. Potato Head franchise has evolved far beyond the simple spud, adding a bunch of fun licensed characters. 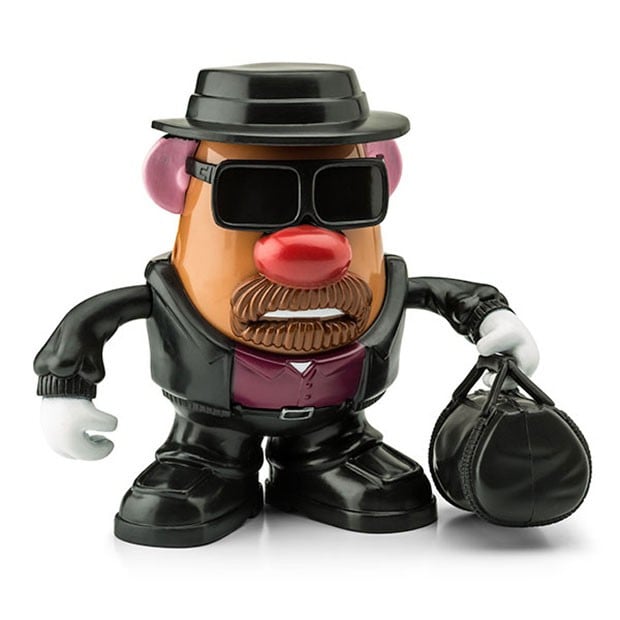 A special edition Potato Head has launched that has the spud dressed up as Heisenberg from Breaking Bad. This is a normal size 6-inch Potato Head doll with eight removable parts. 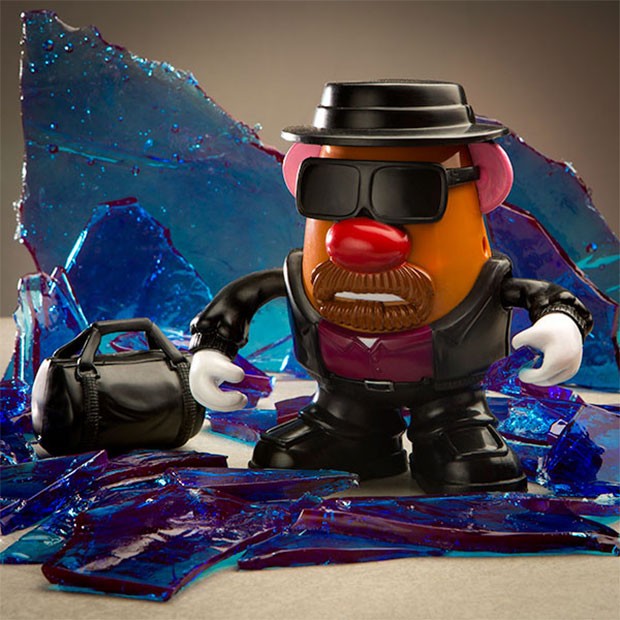 I would assume that means his hat, arms, feet, and bag are removable among other things. If you want, you could build your own Heisenberg with feet for arms, though it’d be hard to bake blue meth then. I also wouldn’t want to know the consequences of pissing him off. You can start your own potato empire business over at ThinkGeek for just $24.99(USD).