What is better than Grand Theft Auto V? Grand Theft Auto V with Star Wars sprinkled on top. YouTuber TwoDynamic shared this footage of a GTA V PC mod, created by Justin Lewis of Arterius Modding. Basically it puts an Imperial Star Destroyer in the skies of the fictional city of Los Santos. 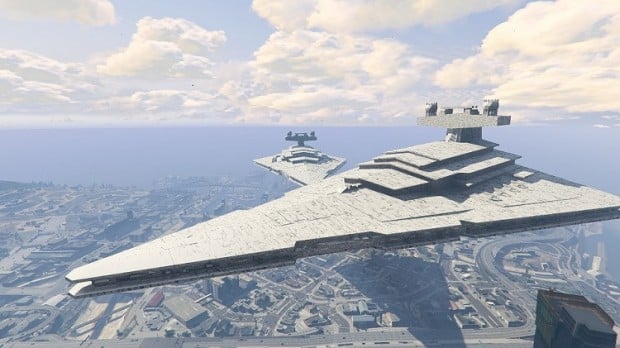 It is a massive Star Destroyer too, not just some small thing. The Empire has officially struck back in Los Santos. The video also shows an X-34 landspeeder driving down a highway and taking off from a mega ramp, and a speeder bike zooming through the game.

Mods are often the best part of games like this, and this mod is pretty spectacular. If you want to try it for yourself, the mod is available to download online from GTA5-mods.com.

[via Kotaku via Laughing Squid]