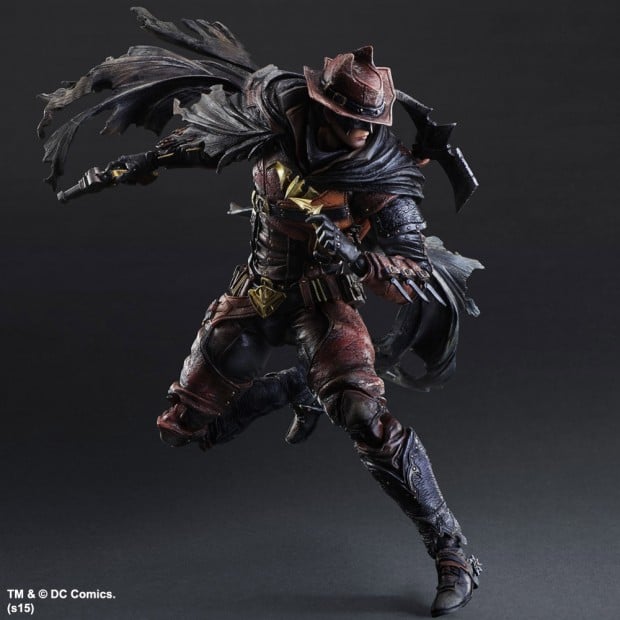 Designed by Hitoshi Kondo, this awesome 10.6″ tall Play Arts Kai Western Batman action figure has over 20 points of articulation and comes with four interchangeable hands and a variety of weapons. The weapons include a six-shooter style grapple gun, Batarang, tomahawk, and knife. 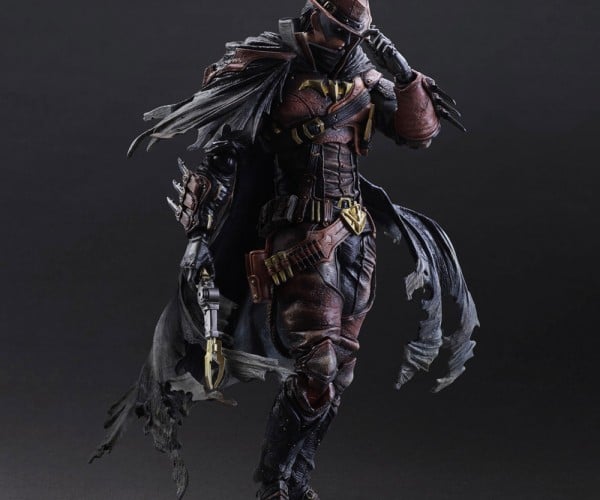 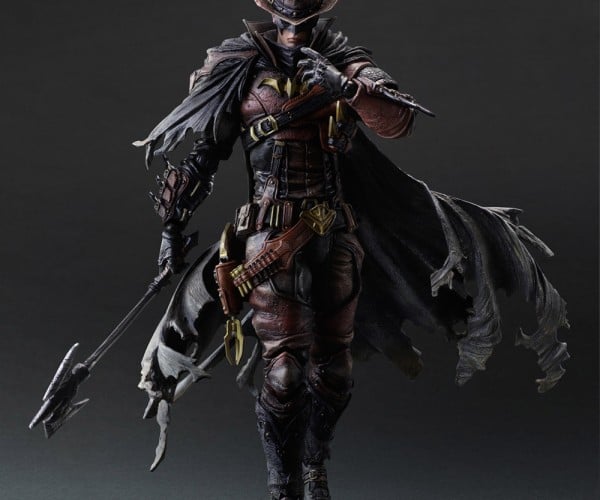 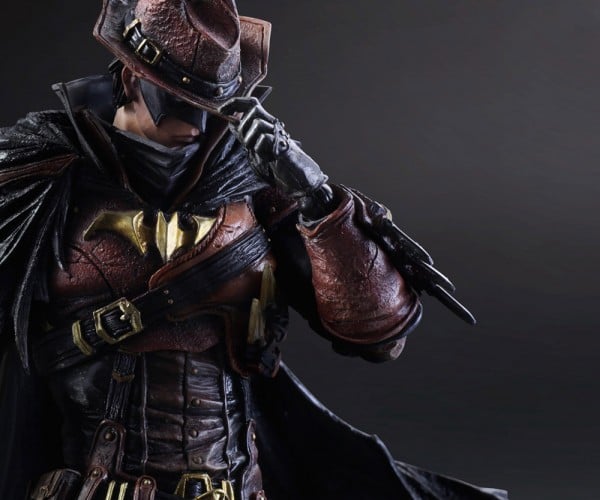 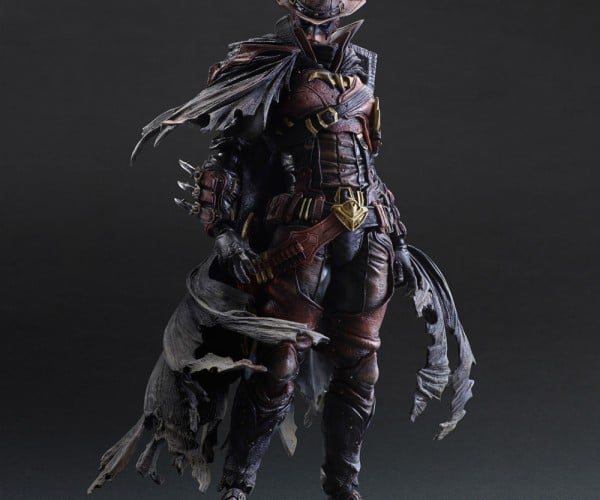 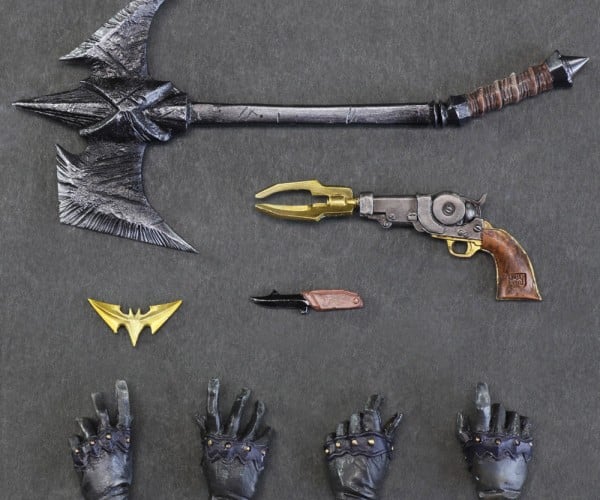 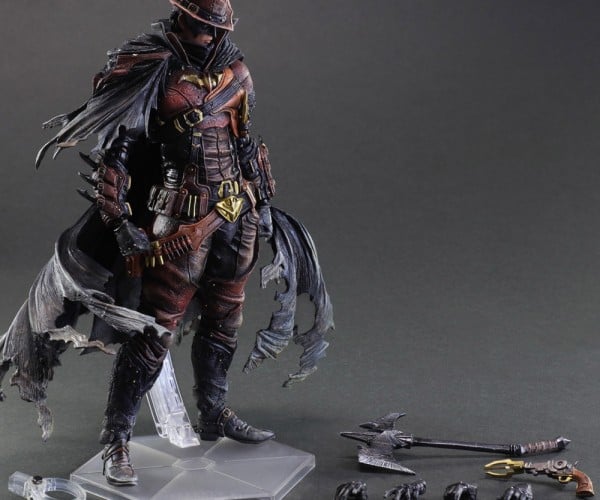 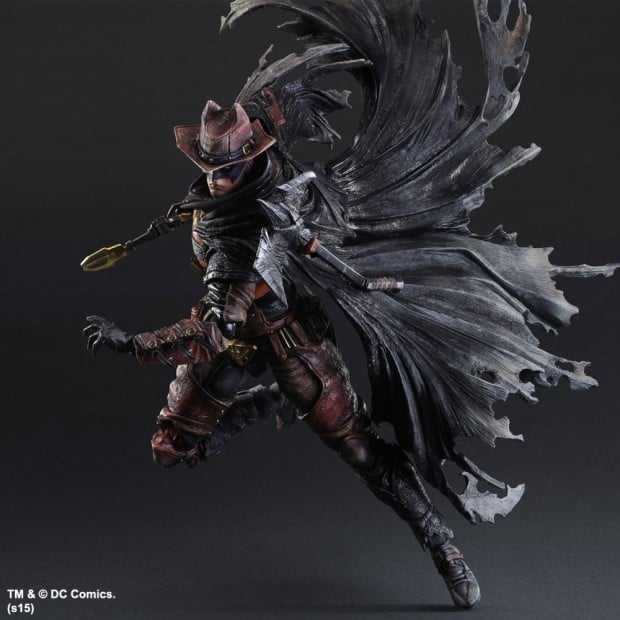