Ants March Around iPhone When it Rings

I find ants to be creepy. I mean, they aren’t as bad as spiders, but still, I would crush every one of them if I could. At least now I know how to make them march in a perfect circle and stay away from me. This video should be filed under the X-files and investigated by Mulder and Scully. It shows a colony of ants moving randomly around a working iPhone, but when the phone rings they suddenly begin marching in a perfect circle. 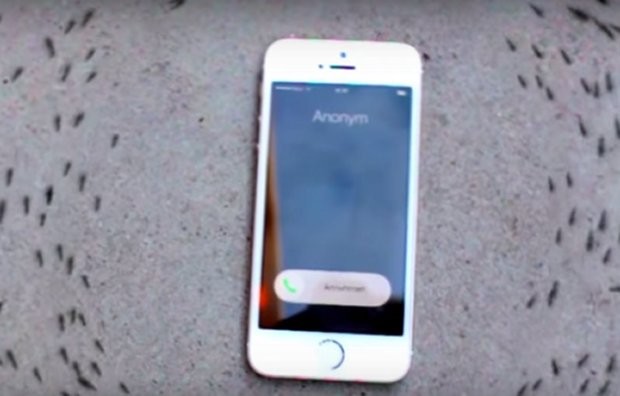 There’s no real consensus on what is causing this strange behavior, but it is very fascinating. All I know is that if I ever get in trouble with ants, I’ll be giving them a phone and keep calling them. That should keep them busy.

The second video is from 2010, and shows entomologist Sanford Porter explaining the phenomenon of “Ant Death Circles,” in which thousands of ants just follow each other in an endless circle. Weird.