Like the Wright brothers before him, this man has a serious need to fly. Some might call him adventurous. Others would call him innovative. I call him crazy. The custom-built aircraft you see here is called “The Swarm,” but I call it, “Let me off ths crazy thing!” 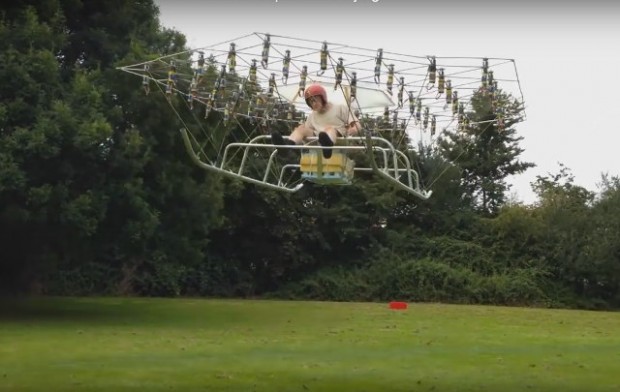 A single drone can’t lift a person, but wire 54 drone rotors together and it’s not a problem. At least, it’s not a problem until you crash. This flying machine can supposedly lift up to 360-pounds, and fly for about ten minutes on a full battery charge.

It looks like a lot of fun, but I would have given it more of a cockpit, because if any of those blades come loose they are going to slice you up pretty badly. Luckily that didn’t happen and this thing actually works.