Growing up, I was a big fan of old-school animated Disney movies. I also happened to be a big fan of Star Wars. This single shirt mashes up those ’80s loves of mine. 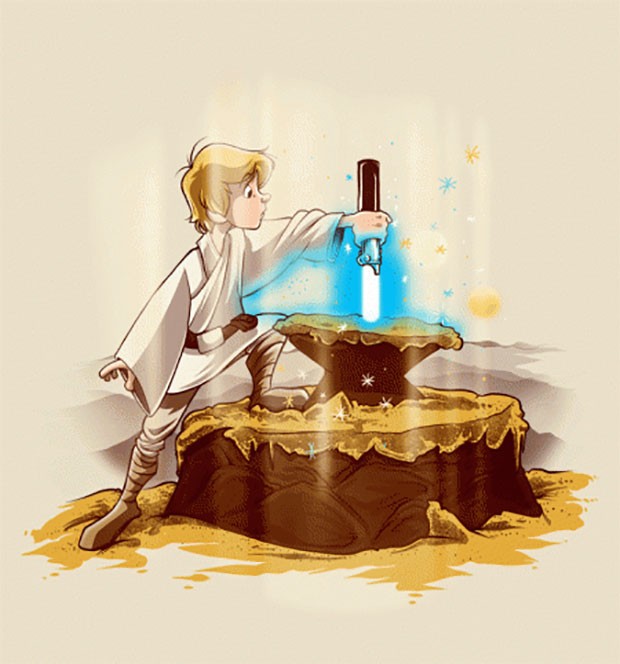 It shows Luke Skywalker as a kid drawn in Disney animation style, and he’s pulling a lightsaber out of a stone just like Wart in The Sword in the Stone. Clearly with that lightsaber in hand, Luke will rule the kingdom. 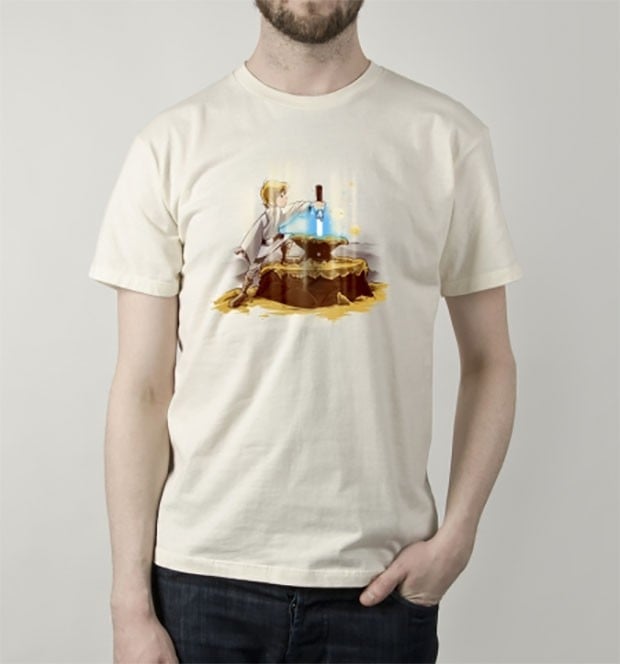 The shirt is even more appropriate since Disney now owns all the rights to Star Wars, though I have to wonder if the legal team at Disney will come after the creators of this shirt. You can get one for just $12 at BustedTees. 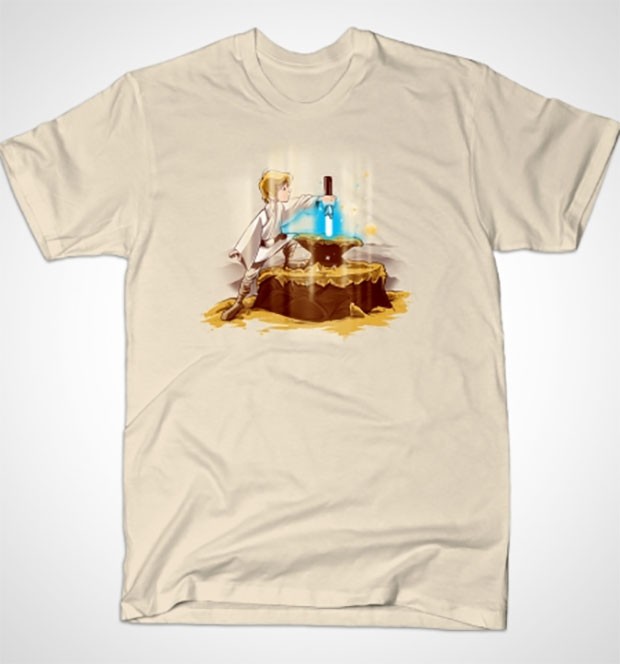