It used to be that when you said “laptop dock,” all it meant was additional ports and connectivity options. Then came PCI-E adapters that let you use desktop graphics cards with laptops, one of the latest examples being Alienware’s Graphics Amplifier. Now we have ASUS’ GX700, a gaming laptop with a huge water-cooling dock. 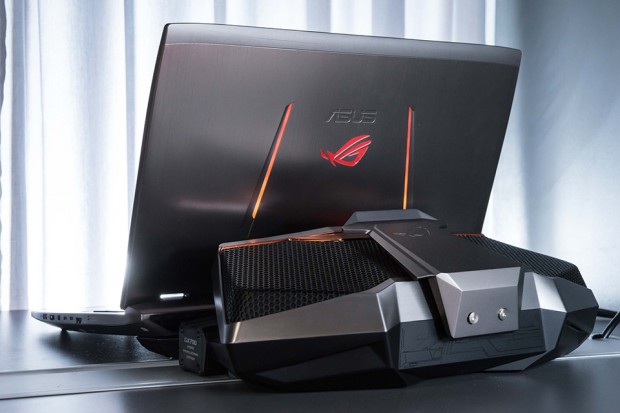 The dock will let you overclock the GX700’s currently unspecified Intel Skylake CPU for better performance. The laptop also has the world’s first NVIDIA G-Sync compatible 17″ 4K display, but that’s just a footnote to its bombastic attachment. 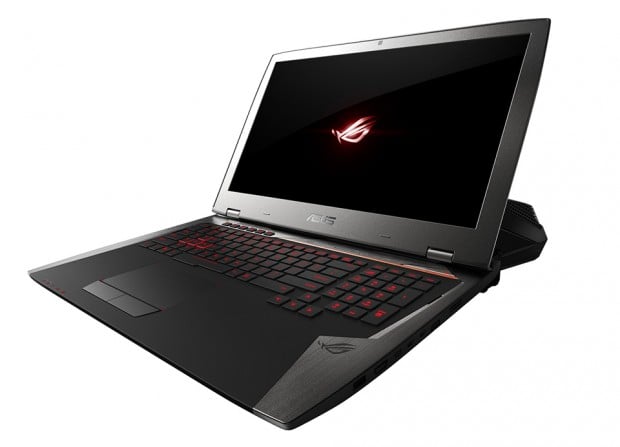 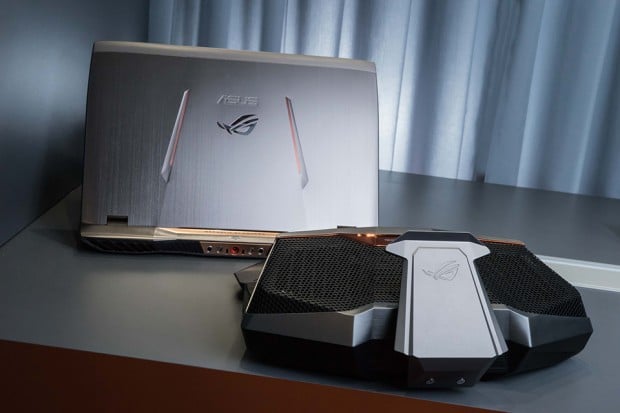 Here’s another one from NewGadgets in case you wanted to see the 4K screen powered up.

You can see more shots of the GX700 on The Verge. Aside from its specs, ASUS is also keeping its lips sealed about the GX700’s price and release date. It most likely won’t be cheap, which kinda makes you wonder why someone who could afford this shouldn’t just get separate laptop and desktop PCs to get the best of both worlds.

[via ASUS via The Verge & Mikeshouts]