A couple of months ago, we checked out Sergey Grishchenko’s DIY scale model of the Curiosity rover. Michael Larkin’s Moon One is a very similar remote-controlled rover, but he optimized it for agility, maneuverability and mischief. 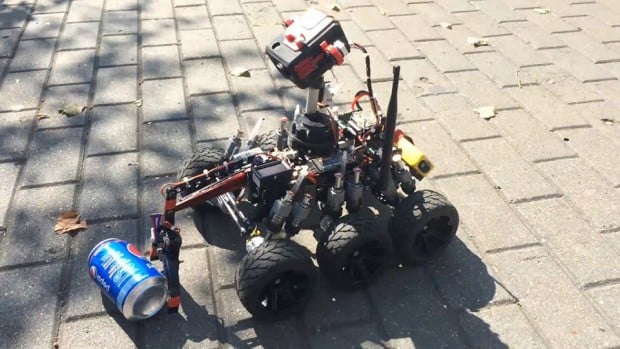 Like Sergey, Michael opted to 3D print most of his toy’s non-electronic parts, with the exception of several aluminum parts and insulin syringes that he used as shock absorbers. Then he bought RC parts such as the 6V brushed motor, ESC, servos, radiator and wheels. He actually printed a set of wheels for the Moon One, but they were too fragile for the job. 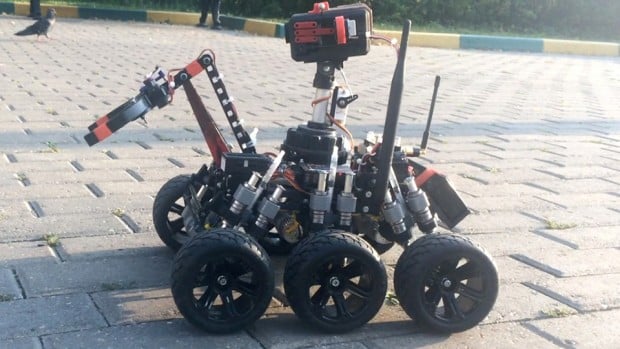 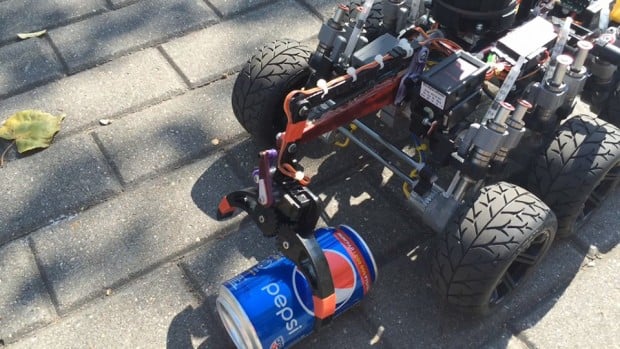 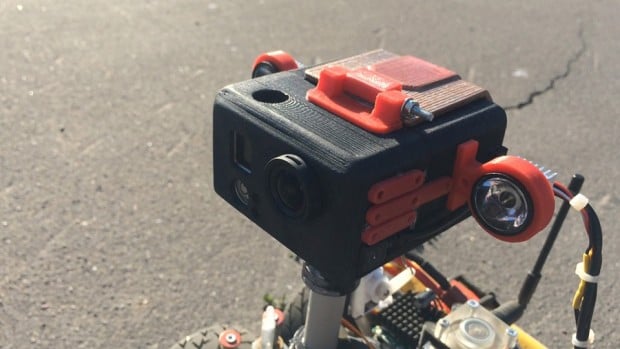 The GoPro on the toy streams video to a head-mounted display, so Michael can drive it with ease. He also took advantage of the display’s gyroscope to control the GoPro mount on the Moon One, and made it so that he could steer the camera just by turning his head while wearing the display. Here’s the Moon One eavesdropping on and annoying folks at Michael’s local park.

Head to Michael’s Thingiverse page for Moon One’s 3D files as well as links to its other parts.