If you grew up during the era of the NES, you probably already see Mario and Luigi as Gods. The Mario Bros. are larger than life. They are legends. You might even say that they embody many of the attributes found in many mythological heroes.

Well, Japanese artist Taro Yamamoto is paying homage to these legendary Bros. by actually making them into Gods. 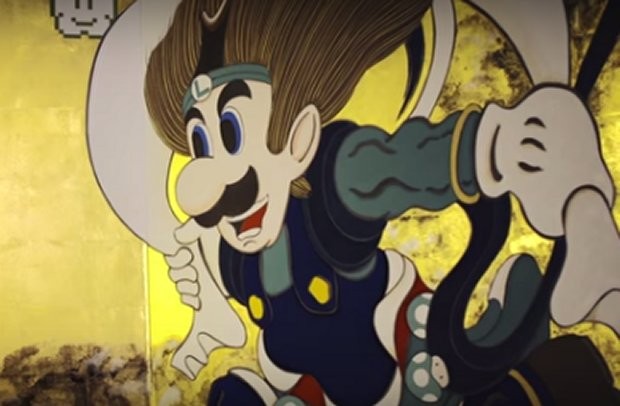 Taro created a traditional Japanese screen painting featuring the dynamic duo as Gods that video game geeks will want to worship. Mario is Raijin, god of thunder and storms, while Luigi is Fujin, god of wind. If you are wondering why they are missing their hats, these two deities get their power from their hair. I have to say, they look pretty cool.

If the video above wasn’t enough, you can see them in person since they will be on display in Kyoto this fall. I’d love to see a video game based on this screen painting, where they use their hair as weapons.

[via Kotaku via Neatorama]