After their Han Solo in Carbonite desk and Death Star wall tiles, the talented folks at prop studio Tom Spina Designs have finished another stellar Star Wars-themed custom job: a diorama of a classic scene from The Empire Strikes Back. Add a glass sheet on top of it and you have a coffee table. 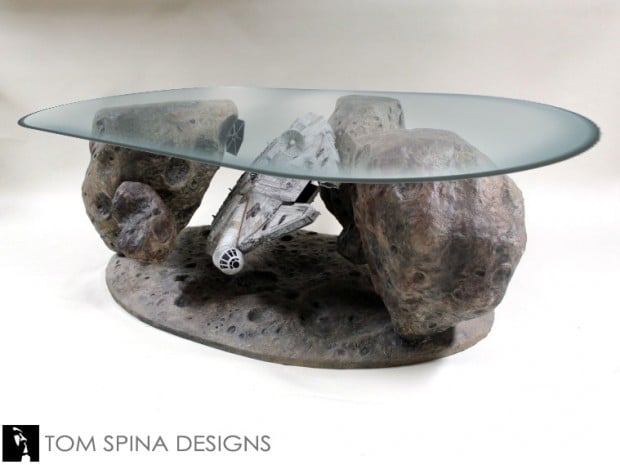 The client who asked for the table only requested that it be based on the famous spaceship. But Tom Spina Designs’ artist Richard Riley took it to the next level. He gave a Hasbro Millennium Falcon and a TIE Fighter model kit a “movie style paint work” and built the asteroid field as well. 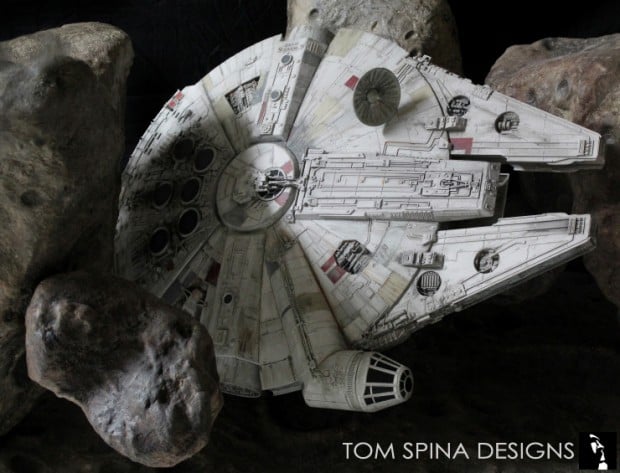 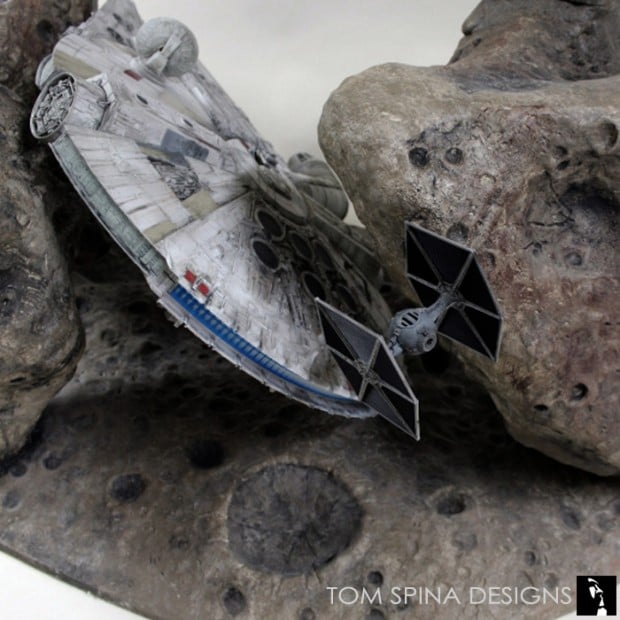 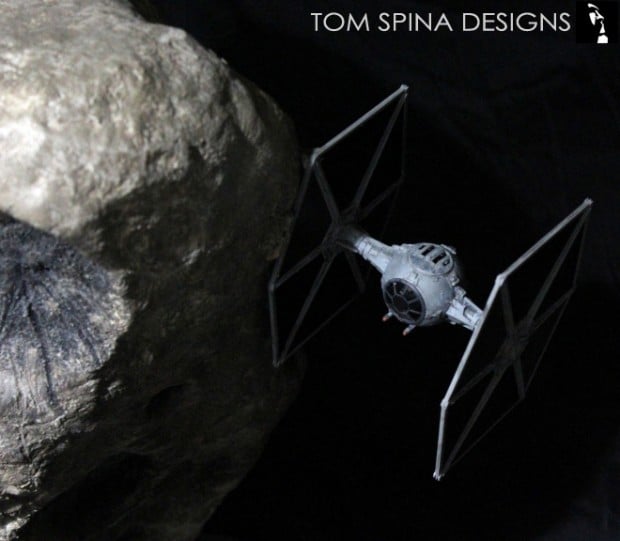 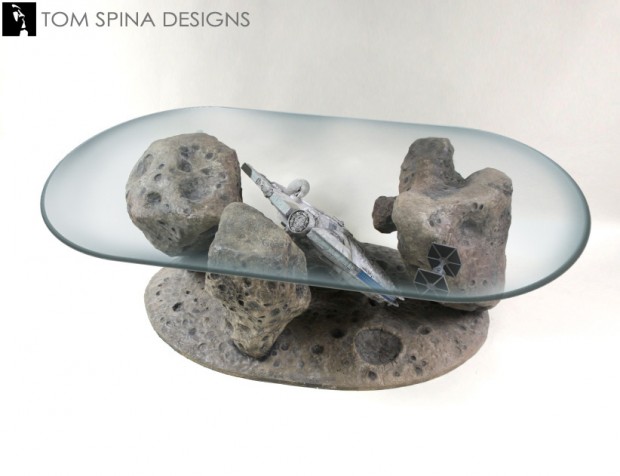 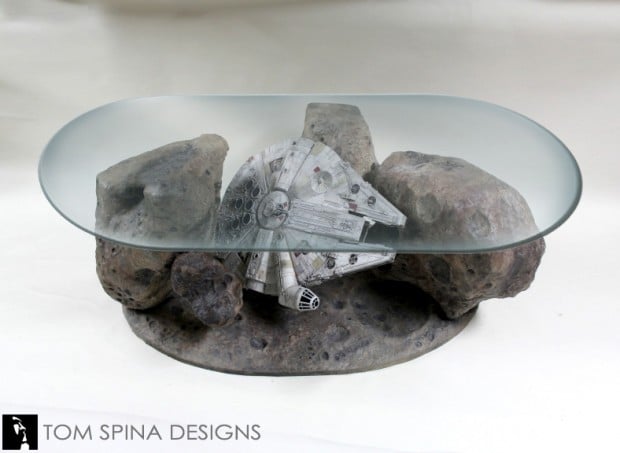 You didn’t have to do it to impress the client Richard, but I’m sure you ended up doing just that.

[via Tom Spina Designs via CNET]