Growing up, few things could make me hate my friends more than a game of Monopoly or Risk. I know those bastards cheated. The original game of Risk allowed you to take over the entire world. This new version of the game lets you conquer a galaxy. A long time ago. 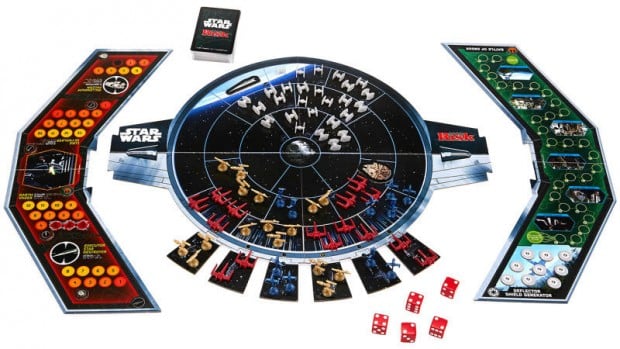 Risk: Star Wars Edition is one of the plethora of tie ins from the coming new films and the game board looks like TIE fighter. All the little game pieces look like Star Wars spacecraft – it’s really cool. 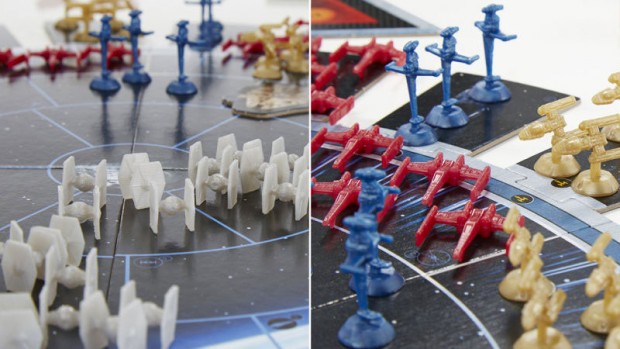 In it, you have to choose the Dark or Light Side of the Force, and fight three different battles from Return of the Jedi. 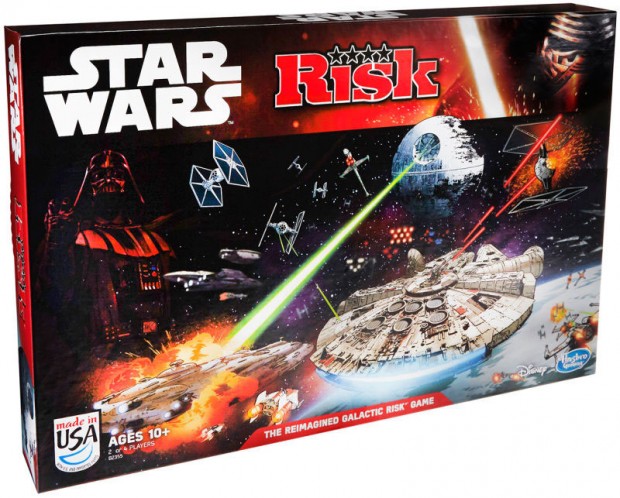 The game is available right now for $30(USD). As an added bonus, Jar Jar Binks isn’t involved in the game.