For many of us, Alex Onsager’s legendary Pokémon Fusion is more than enough. For old time’s sake I put Psyduck’s face on a couple of Pokémon and the magic is still there. But soon we’ll be able to laugh while catching them all. All 22,801 of them. 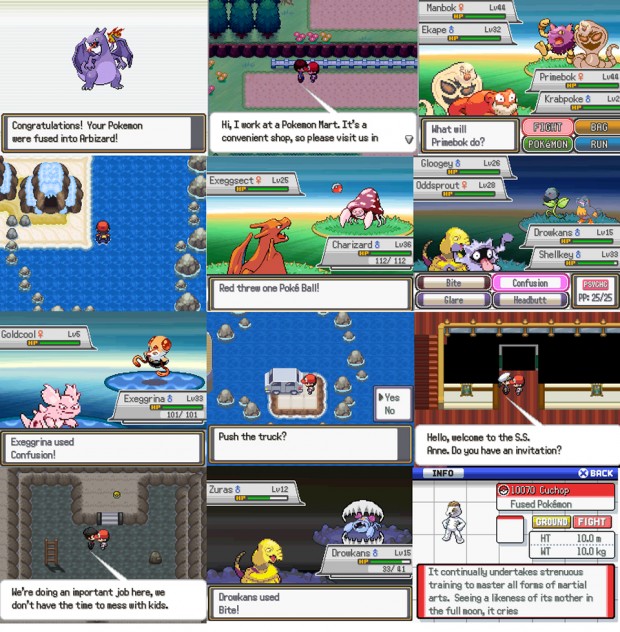 Relic Castle forum member Schrroms is working on Pokémon Infinite Fusion, a game based on the creature generator. In the game, Team Rocket modified wild Pokémon, giving them a gene that allowed them to fuse with each other. After a couple of years even trainers were fusing monsters. In other words, you’ll both be able to catch and make fused Pokémon. The hybrid – and most likely horrifying – monster’s stats will be the weighted average of its halves, while its type will be based on both the types and colors of the fused Pokémon.

Fuse with your browser and head to Relic Castle for more on Pokémon Infinite Fusion, including a download link to its demo.