Growing up, I always thought it would be awesome to get locked in a store all night and get to play with and eat anything I wanted. I never really thought about what it would be like if you were locked in a store and all those creepy mannequins came to life. It’s certainly not sexy like that Mannequin flick from back in the ’80s. 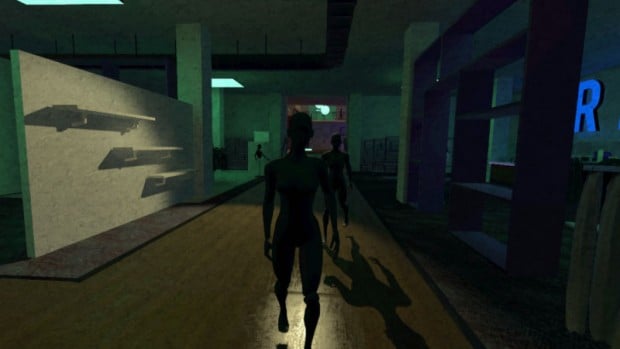 A new game is in early development called Late Night Shop, and in the game you somehow get locked in a mall at night, and must find your way towards various objectives. Things get really creepy when you realize that the mannequins are able to move and chase you, but only when you aren’t looking at them.

That means when you turn and run, they chase after you so each time you look back they have moved. This is one of those ideas that might sound silly, but check out the video and you can see how creepy this game will be. I want to play it. A multiplayer mode is also in the works, in which one player tries to escape, and the others play the stalking mannequins.