First True-Scale Solar System Model Shows How Tiny We Are

A pair of space geeks recently set about creating what they claim is the first true-to-scale physical model of our solar system. The duo of Wylie Overstreet and Alex Gorosh headed out to a dry lake bed in Nevada to create their project with the goal of showing us just how vast our own solar system is. 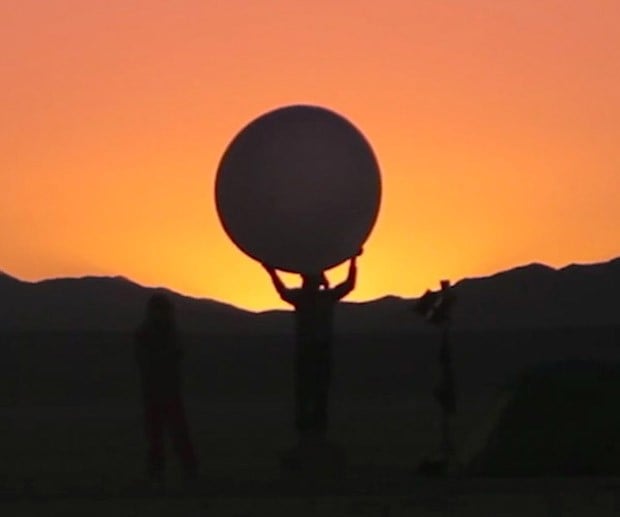 The guys started by placing an inflatable ball at the center point to represent the Sun, then placed a marble-sized Earth one scale astronomical unit from the it – in this case, about 577 feet. They then placed scale spheres of the other planets in the Solar System, based on the same unit of measurement.

Once the solar system was mapped out, they set up a time-lapse camera and then drove in concentric circles with a light marker at the planets’ locations to show the orbits visually. The result is a 7-minute video that is guaranteed to impress and make you feel miniscule at the same time.