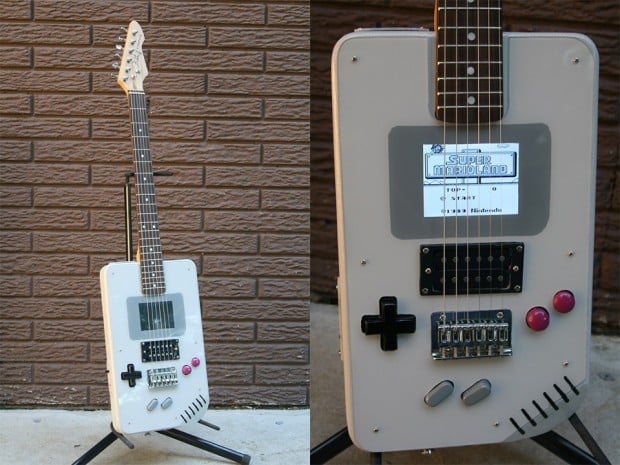 Fibbef used a Raspberry Pi B+ and RetroPie for the emulation, then made the buttons and guitar body from scratch. The A and B buttons also double as the guitar’s volume and tone knobs.

Check out Fibbef’s build log here. Fibbef – who also made the Dreamcast controller screen mod we featured last January – challenged fellow Bit Fix admin lovablechevy as his rival for the Game Boy Classic contest. In case you’re interested lovablechevy crammed in a Super Joy III – the NES/Famicom clone – into a Game Boy for her entry, though she says it’s not 100% done yet.