Bandai Visual Club have come up with a great emblem for St. Gloriana’s sensha-do team, although it’s based on the tank used by the main characters of the hit anime Girls und Panzer. This Panzer IV turret teapot carries up to 300ml of liquid and comes with two teacups that are printed with quotes from the show. 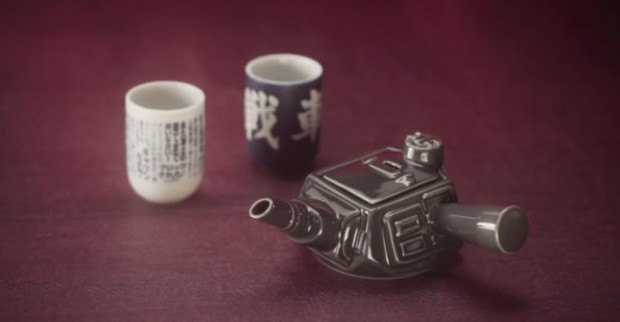