Robotic Dog Launches a Drone from Its Back

Well this is terrifying. Every time I think that the mad scientists have given up and gone home I find another monstrosity that they have unleashed upon the world. In this case we have a robot dog who is packing a surprise – drone that it launches from it’s back. 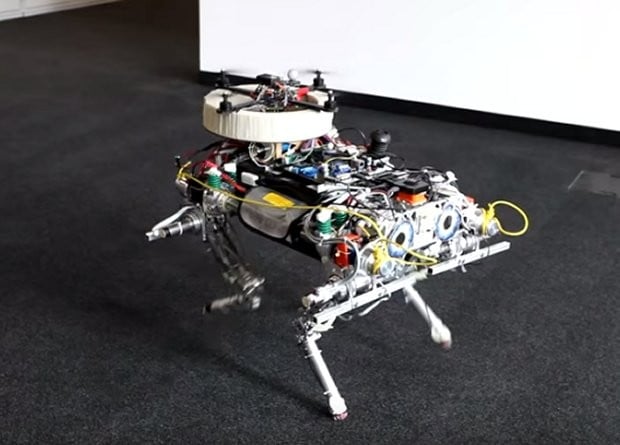 So now robots are riding other robots and using them as launchpads. How soon until we have a giant robo-dog-carrier that will eat entire cities while launching hundreds of fighter-robo-jets from it’s back? This is one of the reasons that doomsday preppers exist.

This brief video shows off the new breed of marching quadruped, complete with a quadcopter tethered to its back. The drone can take to the sky from the dog’s back and then come back for a landing. Two bots in one terrifying package. This robotic duo comes from the Autonomous Systems Lab at the Swiss Federal Institute of Technology in Zurich.

Things are going to get ugly for humans very soon. Stupid scientists and their constant need to advance science.