As we gear up for the The Force Awakens to hit theaters, everyone is getting excited, and Star Wars stuff is turning up everywhere. I really like it when lightsabers pop up in weird places that have nothing to do with Star Wars. The perfect instance is that Koala with the lightsaber I mentioned before. 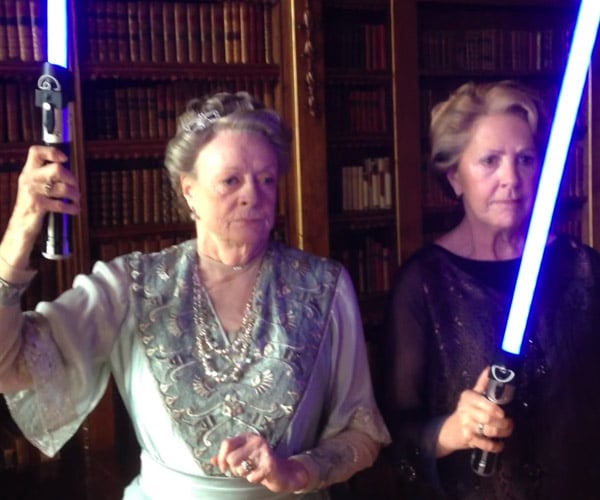 The cast of the PBS show Downton Abbey is clearly excited about Star Wars too. This video was made for charity, and features the real cast of Downton Abbey wielding lightsabers to fight a butler that is scheming to kill them.

It’s pretty weird to see Maggie Smith, clearly looking unimpressed by the butler, wielding a lightsaber. Give her a brown robe and she could totally be a Jedi. If this show had lightsabers in it all the time, I might even watch it.