If you want to make your own cellphone, you can source the parts yourself, or you can support Seeed Studio’s RePhone, a ready to assemble kit. 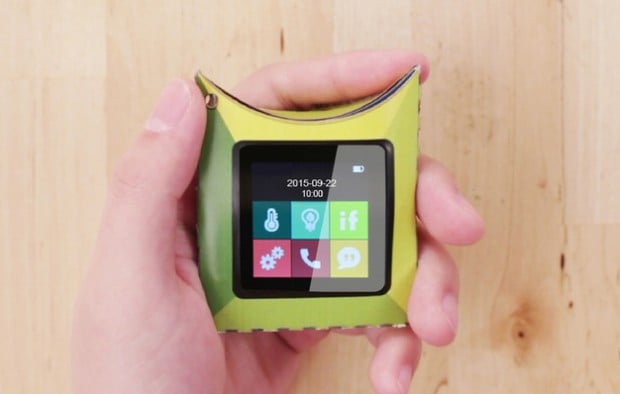 The heart of the RePhone kit is the MediaTek MT2502A (pdf) system-on-a-chip, which gives you GSM, GPRS and Bluetooth connectivity in a stamp-sized form. There’s also a variant of the core module that adds 3G connectivity. 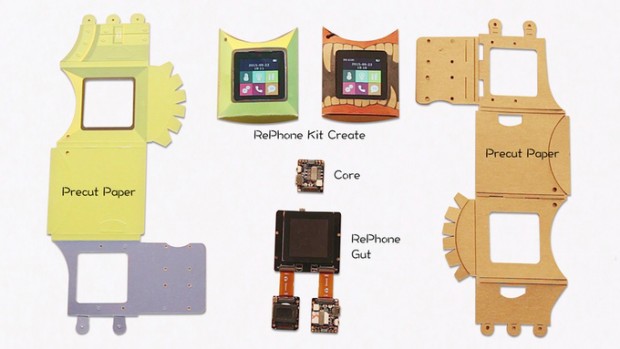 When it launches, the RePhone system will have eight optional modules that connect to the core module via Seeed’s Arduino-compatible Xadow board, which is powered by an ATmega32u4. 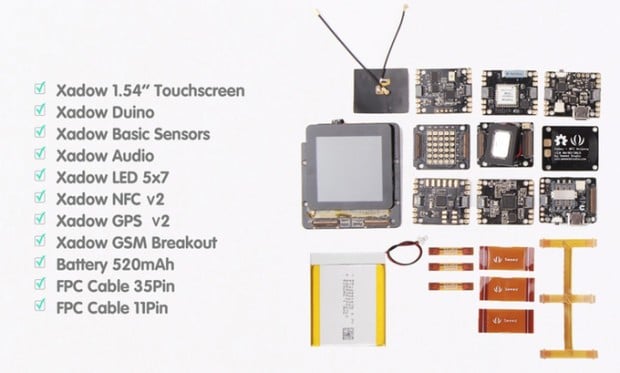 The basic RePhone Kit comes with a flat-pack cardboard case for your DIY phone, but of course you’re free to make a custom case for it. You can also just get the core module(s) to add cellular communication to your projects.

Pledge at least $12 (USD) on Kickstarter to get the GSM core module as a reward. The 3G module is given out as a reward for pledging at least $29, while the RePhone kits are given out for $39 and higher pledges.