Can 45 Layers of Bulletproof Glass Save You from an RPG?

Bulletproof glass is an awesome invention; it protects VIPs all around the world from being killed by bad guys looking to do them harm. While that glass does a fantastic job of protecting from bullets, it’s clearly no match for an rocket-propelled grenade. 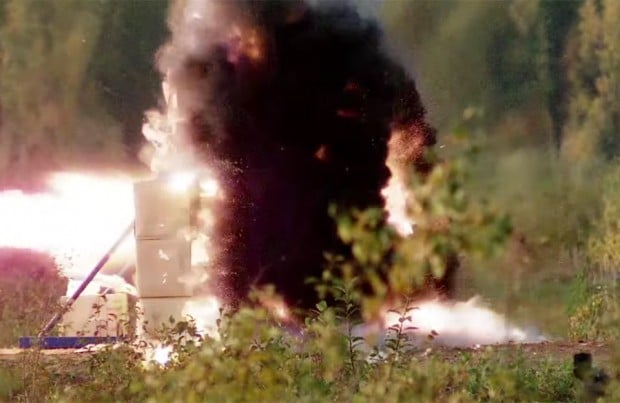 The world of action movies and video games tells me that RPGs are just lying around everywhere and bad guys always have them. I’ve often wondered if an RPG really does the kind of damage in the real world that we see on TV and film.

As it turns out the RPG is incredibly effective at blowing stuff up. In this high-speed video, an RPG is pitted against not one but 45 layers of bulletproof glass to see how it holds up to the exploding ammo. I won’t spoil the outcome, but I will say this is one the coolest videos I have seen in a long time.