A few months ago, we featured Instructables employee DJ aka Aleator777’s Apple II Watch. He recently shared another impressive retro watch, one that’s arguably more useful than the current Apple Watch. He calls it the Communicator Watch, because it’s also a GSM cell phone. 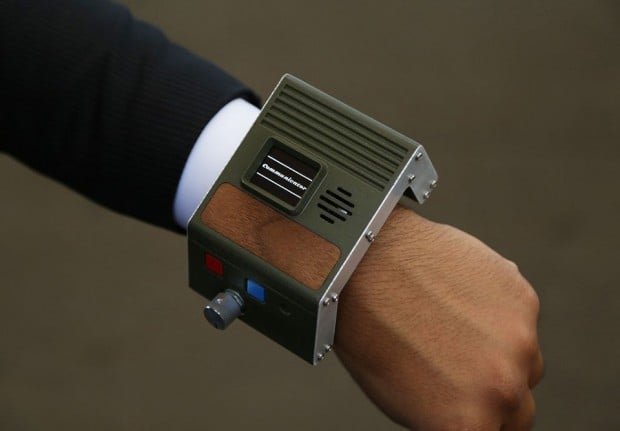 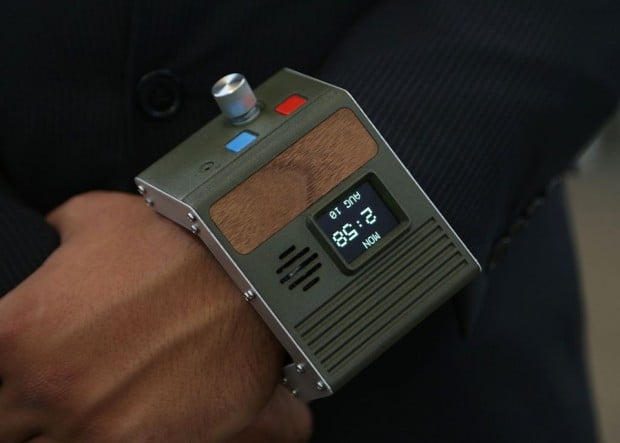 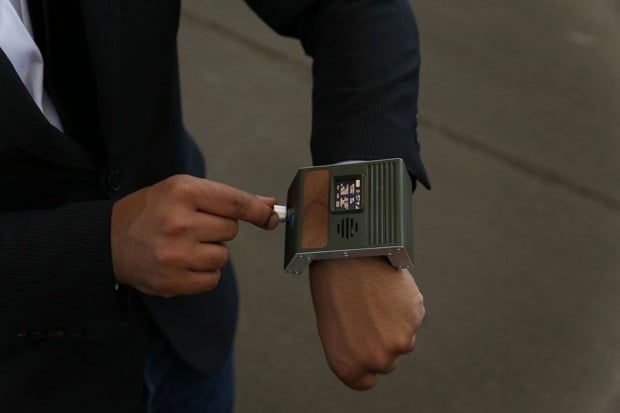 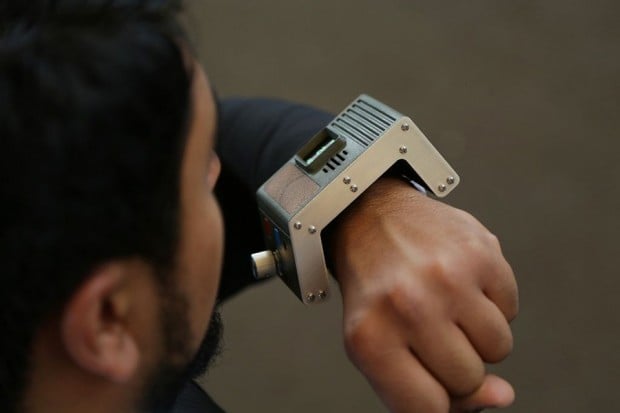 DJ based the Communicator Watch’s retro design on the Pip-Boy, the smartwatch in The Venture Bros., Capt. Kirk’s communicator in the original Star Trek series, and of course old transistor radios. Its case is made of 3D printed parts, metal plates and walnut veneer. Its main electronic parts are a Teensy 3.1, a FONA GSM board and a 1.27″ 128 x 96 OLED display.

The clock’s pressable rotary encoder lets you cycle through the watch’s three modes – clock settings, phone keypad and system settings – and confirm changes. The red button resets scrollable settings, while the blue button takes you back to the previous menu. 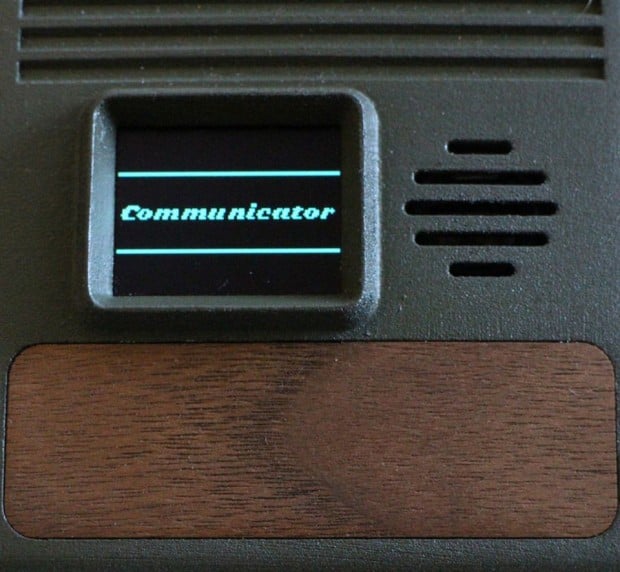 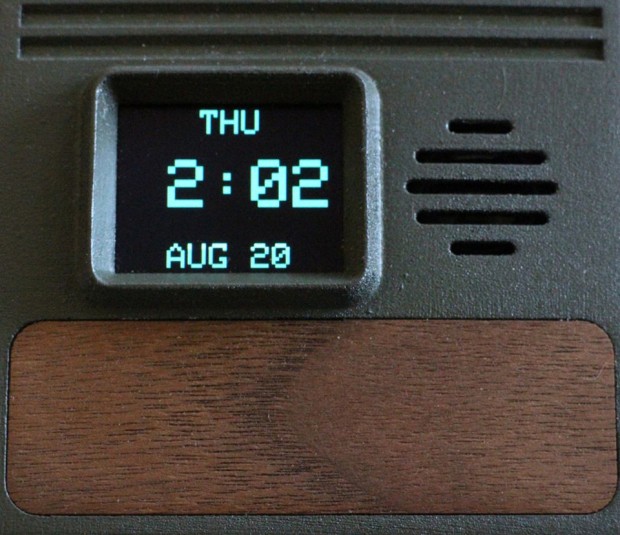 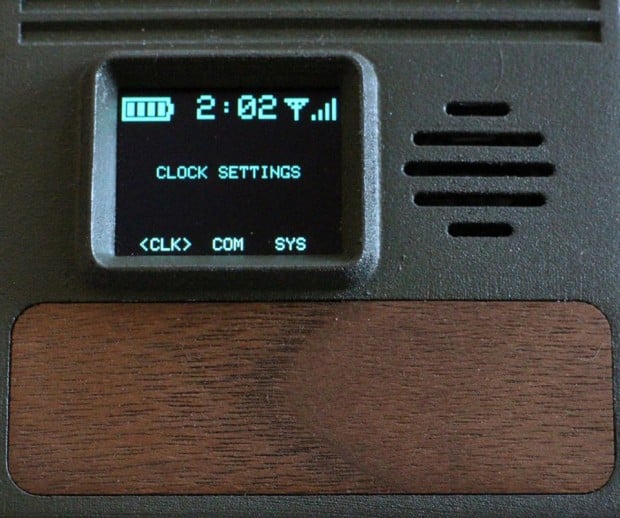 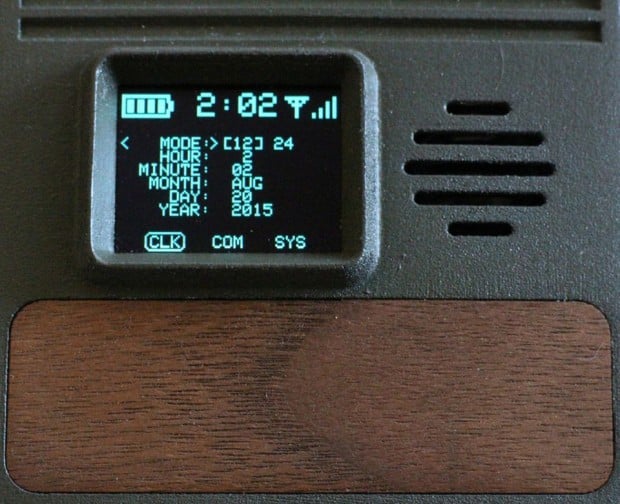 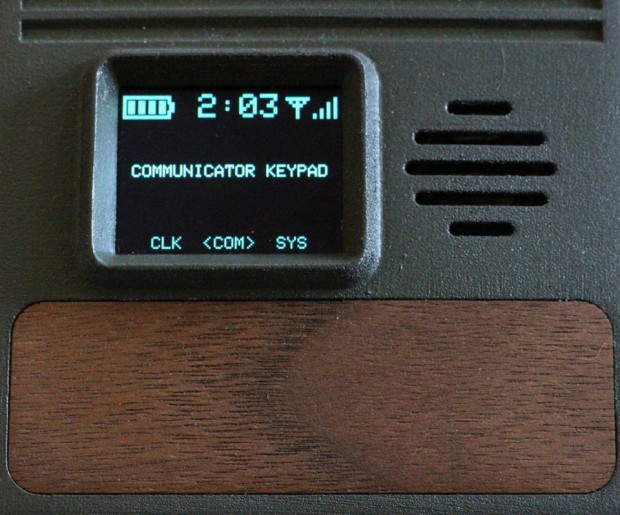 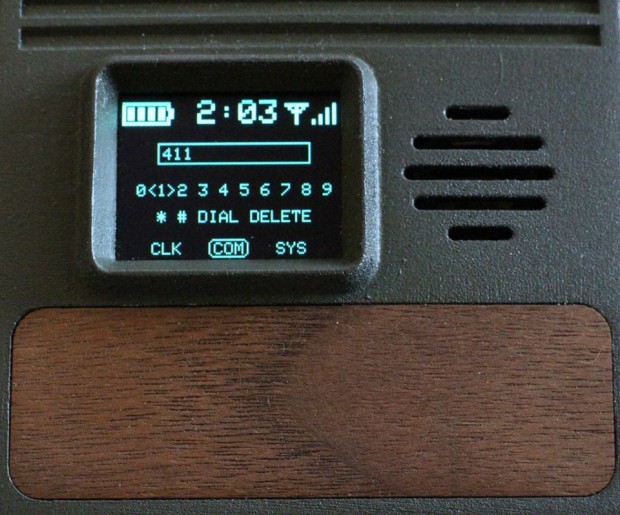 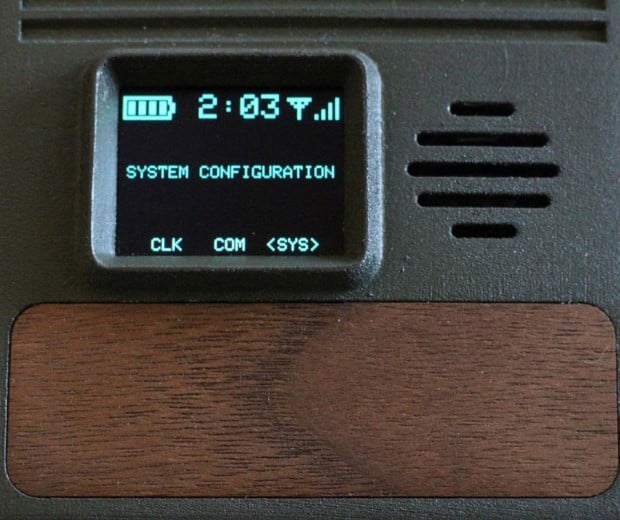 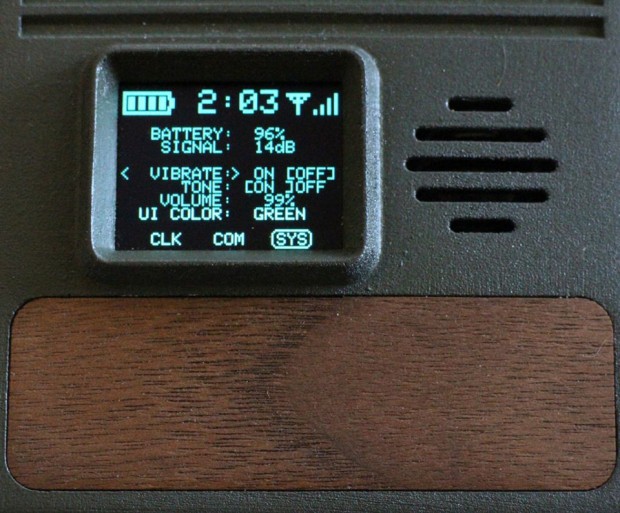 I know some of you find its size hilarious, but I think it’s a very beautiful gizmo. Head to DJ’s Instructables page for more on the Communicator Watch.