I know no one who actually likes to shave. I’ve tried everything from old school safety razors to electric razors to disposable razors with blades that cost $15 for three. They all suck and leave my skin burning after the fact. 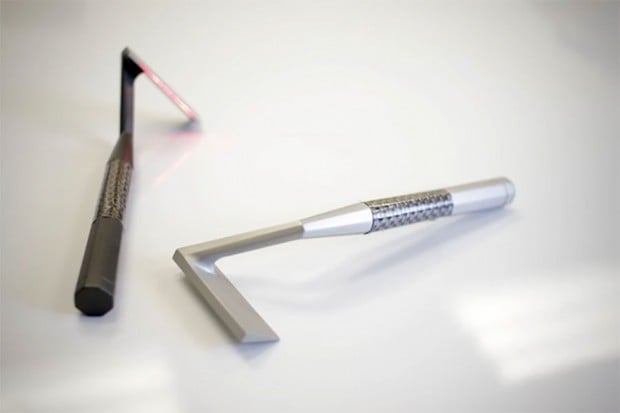 I’m totally down with trying the new Skarp Laser Razor. It shaves your face with a laser that is safe for your eyes and won’t cut your skin. Let that last part sink in, the laser won’t leave behind any irritation or nicks after you shave, if the folks behind the project are to be believed anyway. If you’re the sort who shaves your kiwis, that is perhaps the best news ever.

The laser is good for 50,000 hours and runs for a month on a single AAA battery. It’s makers even say it’s waterproof and can be used in the shower.

The project has already destroyed its Kickstarter goal with over $661,000 raised at the time of writing. A pledge of $159 (USD) or more will get you a Skarp Laser Razer by March 2016 if all goes well. I’m in.