All I know about the Russian culture I learned watching TV and movies. What that in-depth study tells me is that they all eat caviar, drink copious amounts of vodka, and wear hats with furry parts on the forehead. With that in mind I will assume that this Batman Red Son premium format figure that is coming soon to Sideshowtoy has a different sort of utility belt. 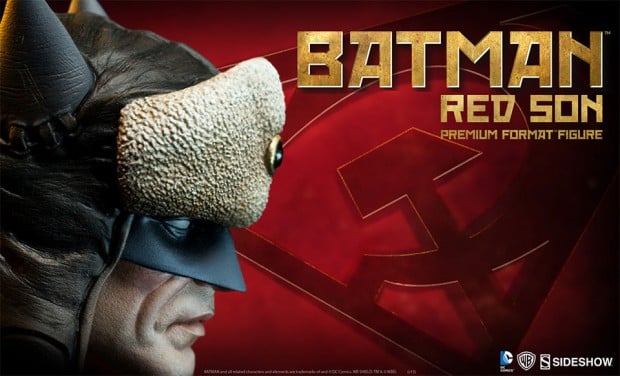 This Batman has that same fuzzy hat complete with pointy bat ears. That can only mean that on his utility belt he has a flask of vodka and some salty fish eggs.

We don’t know much about the figure as of now other than the teaser image you see here. Clearly, it’s some communist spinoff of the caped crusader judging by the hammer and sickle.