Redditor BIG_HAIRY_AZZZ – I bet he didn’t think he’d go viral when he came up with that name – has been working on a Fallout-themed game room and office for about a month. He recently shared one of its highlights: the door to the room, which looks like the one on Vault-Tec Vaults. 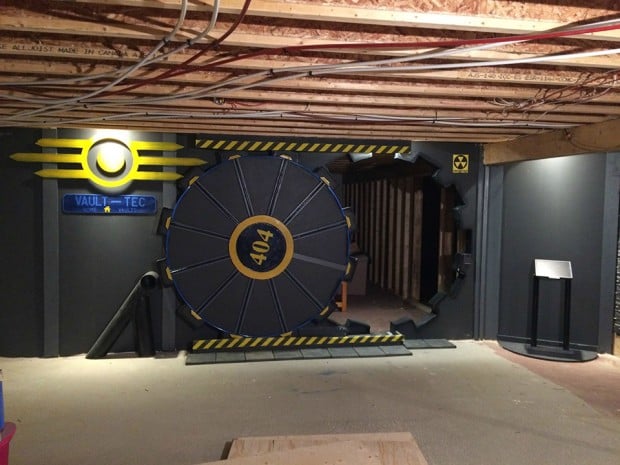 BIG_HAIRY_AZZZ probably didn’t want to make or have an actual steel vault door, so he made one out of wood. To open it, he pulls it out of the doorway and rolls it aside; the beams on the ceiling and floor keep it from falling off.

Here’s more shots of the door:

By the way, BIG_HAIRY_AZZZ’s eventual game room/office may not have room for hundreds of people, but he says it’s a 1000 sq.ft. room. So for some of us – myself included – it might as well be a Vault.