Hack A Day member Hari Wiguna made a TV and set top box remote control for his dad, who finds it difficult to press the tiny buttons on the original remotes. You’d think it would be a simple matter to make such a ubiquitous device, especially since Hari put only the most used functions on the remote, but it turned out to be quite the challenge. 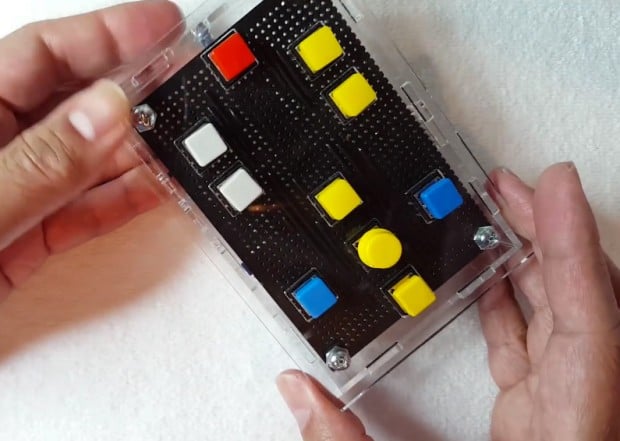 Hari mounted the ATMega 328 and the remote’s other components on a stripboard, which he then housed on an acrylic case that he made using a laser cutter. One of the most interesting parts of this project is that Hari is in the U.S. but his dad is in Indonesia, so he didn’t have the original remotes on hand. Fortunately he found a universal remote control app that had both remotes, so he used that to program the one he made.

I have a newfound appreciation for remote controls. Head to Hari’s Hack A Day page for his parts list and link to his code.