A couple of weeks ago we checked out ETH Zurich Autonomous Systems Lab’s walking robot that had a drone launching pad. That combos nicely with one of the Lab’s latest projects: a similar pair working together to navigate unknown terrain. 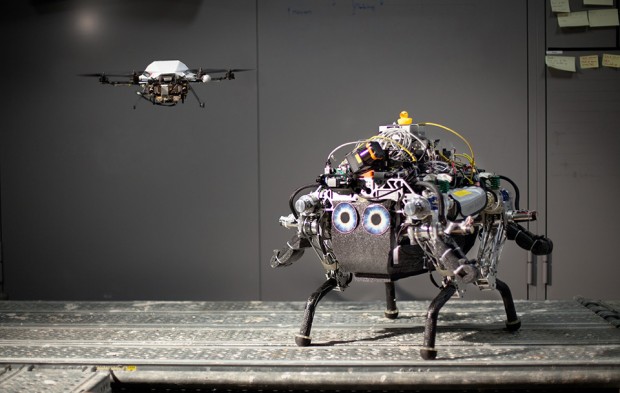 The hexacopter drone has a camera that lets it scout ahead, making an elevation map of its surroundings as well as noting landmarks. Its companion walking robot uses that data to plan its path on the fly. It also has sensors to keep its balance and avoid obstacles.

Now all they need is a robot Mumbo Jumbo that can mod them into different forms as needed. As long as they have enough tokens to pay him.