Electronics maker Rohm Semiconductor entertained attendees of this year’s CEATEC with flying origami cranes. Rohm made the cranes to promote its new microcontroller, the Lazurite Fly. 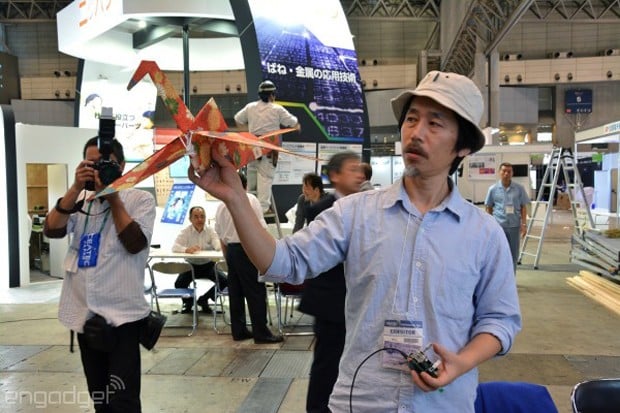 Aside from its paper body and the Lazurite Fly, the Orizuru crane has a carbon tube skeleton, 3D printed nylon motors, a radio receiver and a battery that lasts up to five minutes per charge. The whole package weighs a mere 31g, or about an ounce. Here’s a short feature from Japanista:

Head to Engadget for photos of the Orizuru’s components.