This may just be the coolest video you see all day. It also may be a glimpse into our robotic future, in which lizards ride and control robots, killing everything in sight. It is as cute as it is terrifying. 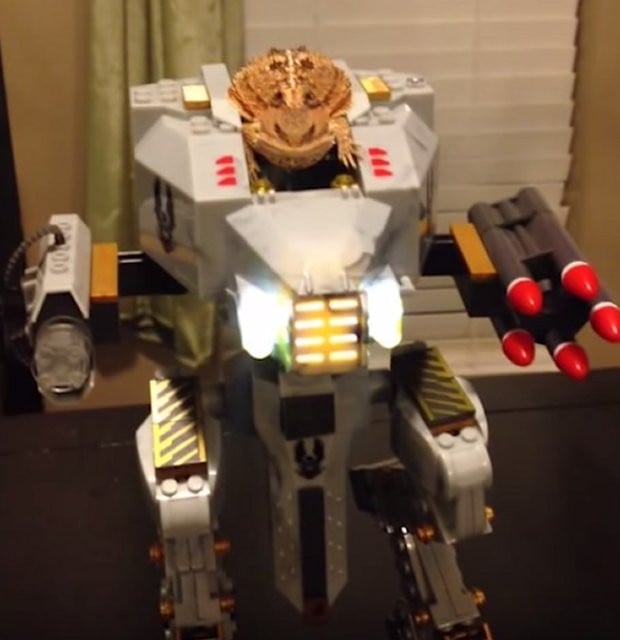 This video upload by Kyoot Animals shows a horned lizard, secure in his cockpit atop a giant mech as both go into battle, firing at the enemy. The best part is that the lizard looks totally pissed and firmly in control. He can’t wait for the future, when he and his mechanical beasts can blast humanity into oblivion, keeping a few of us around to serve him flies and other insects.

You have been warned. Keep your eye on the lizards and don’t let them near the robots.