Moonwalk Pumpkin is the Most Awesome Jack-o-Lantern

There are many different ways to carve a pumpkin for Halloween. You can actually cut into it old school style and carve your own face. Those not wanting to mess with gross guts can simply paint the pumpkin, or use those plastic parts you ram into the sides of the pumpkin Mr. Potato Head style. Some of the coolest pumpkin art is when the carver intricately etches the outer skin of the pumpkin.

This moonwalk pumpkin is one of the most impressive carving jobs I’ve seen. 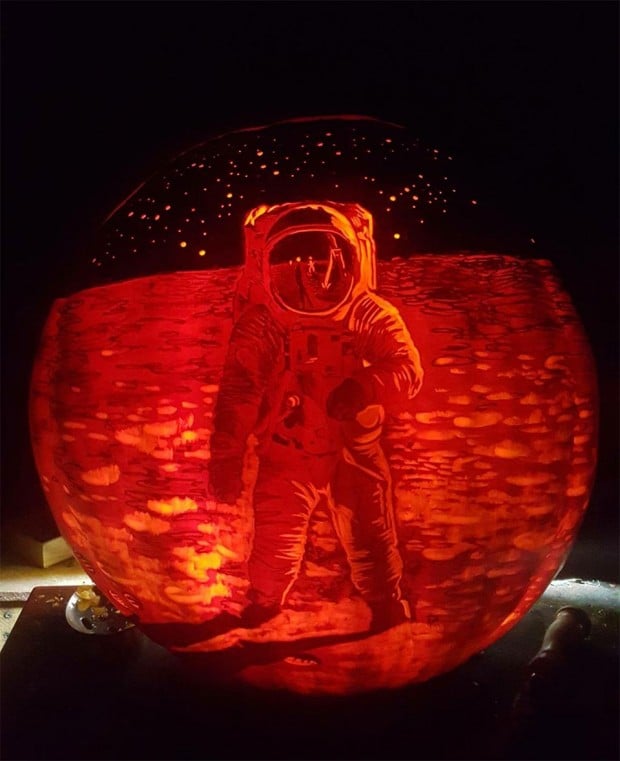 The details achieved with nothing but different depth cuts is astounding. This almost looks like an image printed in orange tones rather than black and white. The pumpkin was carved by Edward Cabral, and you can check out more of his cool pumpkin designs on his website.