Last month we featured the Dobot, a precise robotic arm that can plot, laser engrave and pick and place objects. But if you’re looking for something even more versatile, the Makerarm might be for you. It can also draw, use a laser head and assemble objects, but you can also use it as a 3D printer, a PCB fabricator, a soldering station and even a screwdriver. 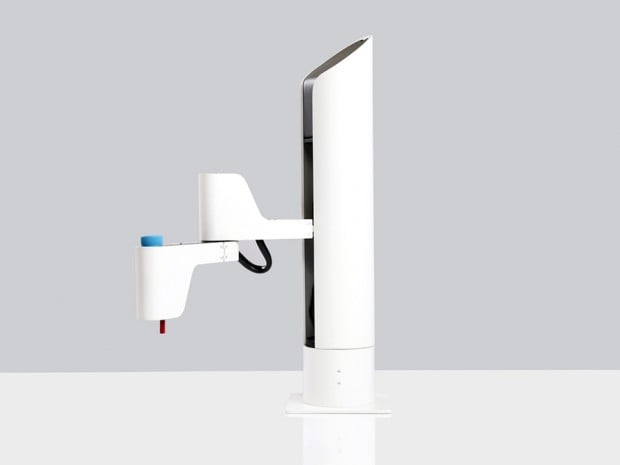 As you may have guessed the Makerarm has a modular tooling system that lets it transform from one type of machine to another. 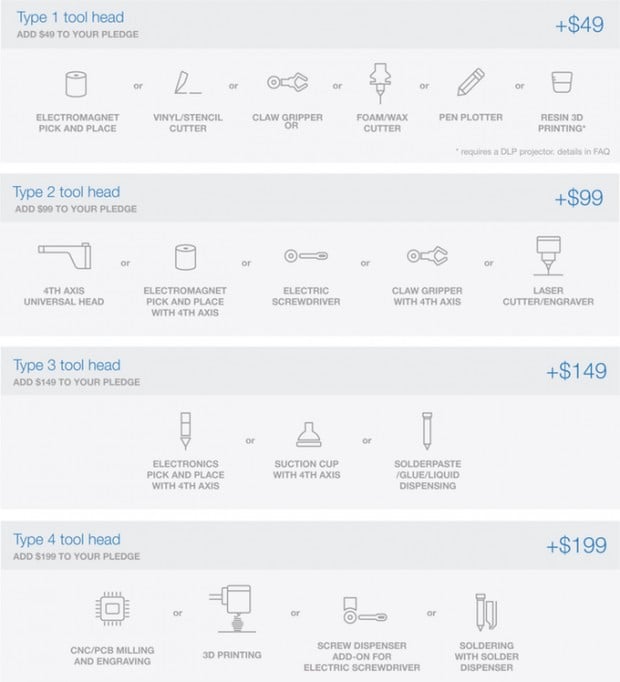 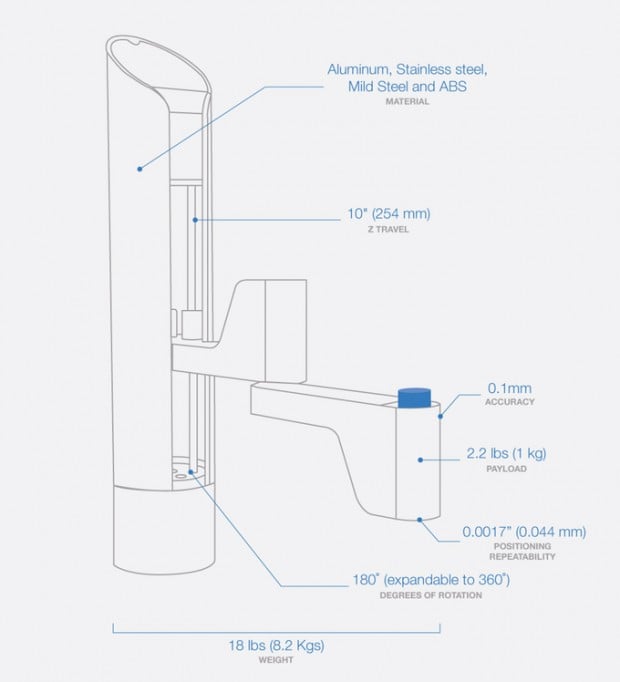 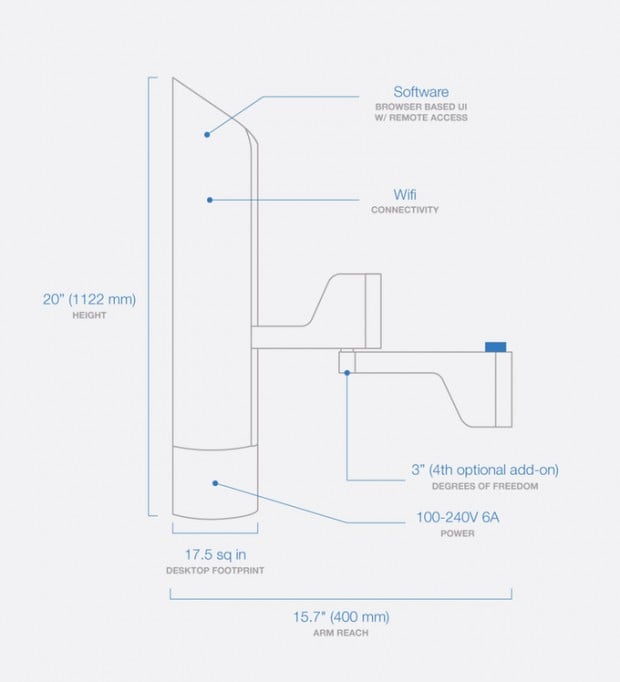 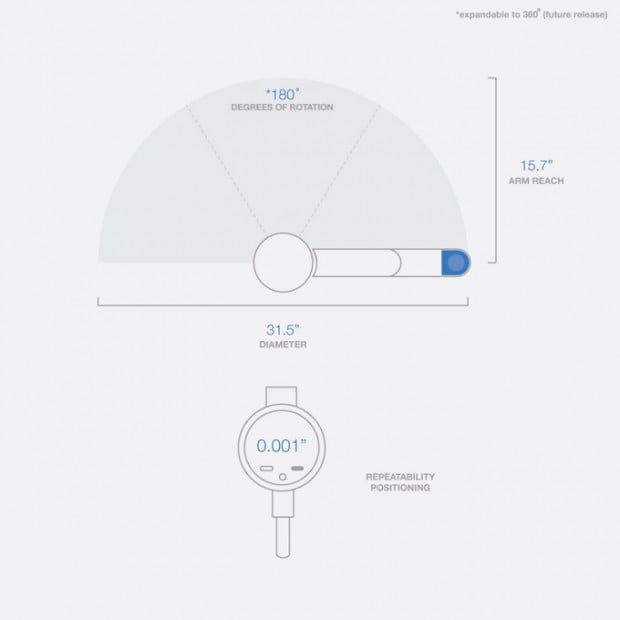 Pledge at least $1399 (USD) on Kickstarter to receive a Makerarm, a universal tool head, a pen plotter, an electromagnetic pick & place head plus one more tool head of your choice as a reward.