You might recall a few months back I talked a bit about the Vinyl Idolz Ghostbusters action figures. Those were cool, but the cartoonish characters had some weird eyes. Vinyl Idolz now have a Walking Dead series just in time to celebrate the premiere of the new season of the show. 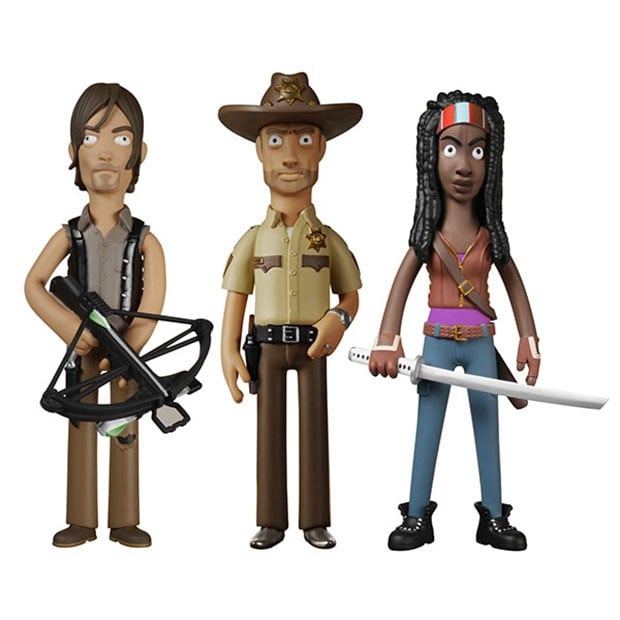 For now, The Walking Dead Vinyl Idolz series consists of Daryl, Michonne, and Rick. Rick is dressed up in his full sheriff’s outfit, which we haven’t seen since the first season, and has his gun on his hip. Michonne has her katana with its scabbard on her back, Daryl has his trademark vest and crossbow with its bolt nocked and ready to shoot some undead through their eyeballs.