ZeroPi Helps You Build Robots with Arduino and Raspberry Pi

Robots are awesome, and if I had the time and hardware, I would definitely build some cool ‘bots to amble around the house and scare the crap out of my kids. That would be awesome. If you like to build robots, a new device has landed on Kickstarter that you might want to add to your parts collection. 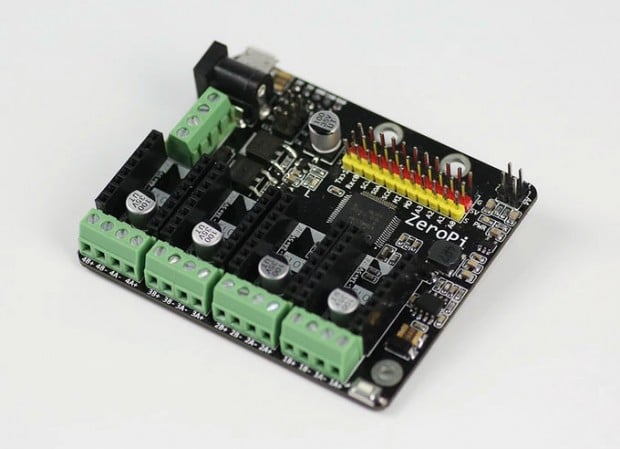 The gizmo is called the ZeroPi, and is aimed at controlling robotic motion structure systems. ZeroPi has an Atmel SAMD21J18 32-bit ARM Cortex M0+ MCU inside, and it’s compatible with Arduino Zero and Raspberry Pi processors.

It is capable of controlling up to 11 micro servos and 8 DC motors at the same time. Those eight DC motors can be replaced with four stepper motors. ZeroPi is also compatible with a number of open source sensors.

The project is on Kickstarter and has blown its goal out of the water, raising over $24,000 to date, with almost a month left on its fundraiser. You can order a ZeroPi for $24(USD) or more with shipping set for December 2015.