This is a pool table that Homer Simpson would love. It was made by designer Cléon Daniel, and it looks delicious. I don’t think you could play a game on it without getting hungry. 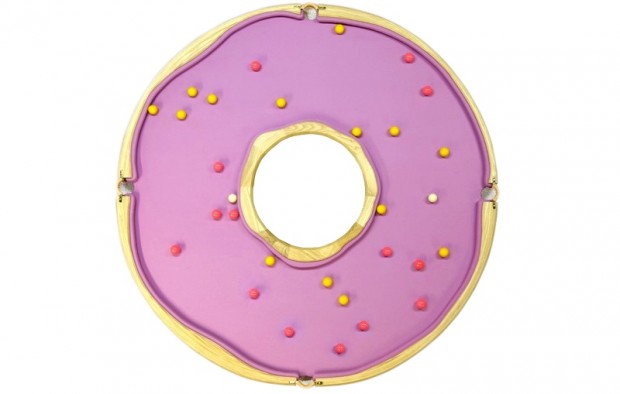 Like donuts in a bakery, this pool table was made completely by hand. It also introduces some new challenges to the game of billiards. The hole in the middle is large enough for you to stand in, which gives you an interesting angle for those tricky shots. 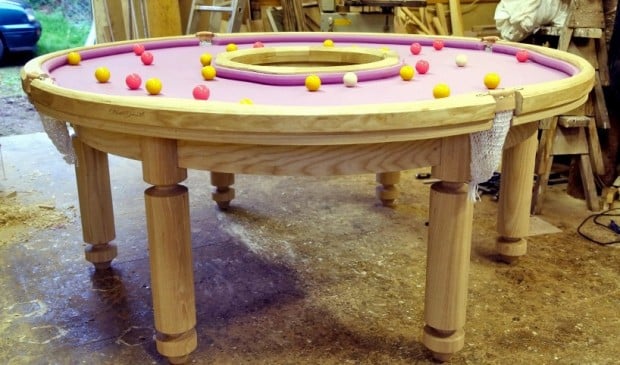 The table’s bumpers mimic the imperfect wavy edge of frosting on a real donut, so good luck with your usual trick shots. This would make for a crazy billiards game that might last all day. It is a super fun design though. 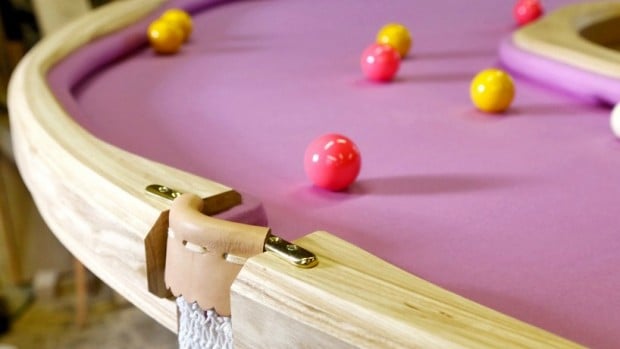 [via designboom via Gizmodo]