Thor’s hammer Mjölnir is famous for its enchantment that allows only the bravest and kindest to wield it and its lethal power. YouTuber Allen Pan aka Sufficiently Advanced put a high tech spin on the picky hammer with the help of science. He proved to be more like Loki, yet was still able to wield Mjölnir. 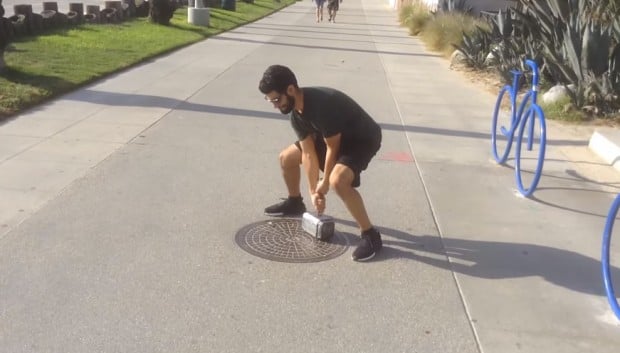 Allen made a battery-powered electromagnet using a microwave’s transformer and stuffed it inside a toy Mjölnir. Then he added two things. First is a touch sensor that turns the electromagnet on whenever someone touches the handle. Second is a fingerprint scanner, so that he could turn the magnet off if he scanned his print on it. All he needed was a magnetic surface and he could have some fun with his neighbors.

That last dude got a free pass to Asgard.