Back in the day, one of the toys that all Star Wars fans wanted for Christmas was the AT-AT. It was tall and awesome to play with. You had to have the Snowspeeder and a tiny tow cable to wrap its legs up to complete the package. I always thought Luke tangling up the AT-AT was one of the most memorable scenes from the original trilogy.

If you are a fan of Hoth and its and giant walking battle stations, the Imperial AT-AT driver action figure coming to Sideshow Collectibles had better be on your Christmas list. 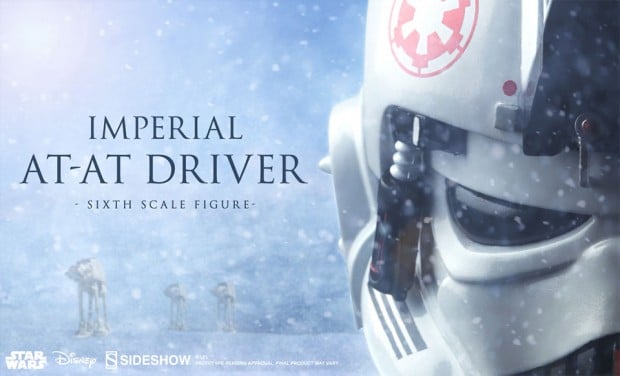 It will be a sixth-scale action figure and will probably be expensive like most Sideshow premium offerings. The image here is the only one offered so far, and has the disclaimer that what we do see is a prototype and final approval is pending. Still, it looks like it will be pretty awesome.