I’m not sure how exactly I have missed the black Whopper that Burger King is selling during Halloween so far. It’s probably because I am a Whataburger man and leave lesser burgers for the plebs. The black Whopper gets its black bun color in part from the A1 steak sauce flavor in the bun. Since A1 is brown, clearly Burger King has done some voodoo to get the bun so black. 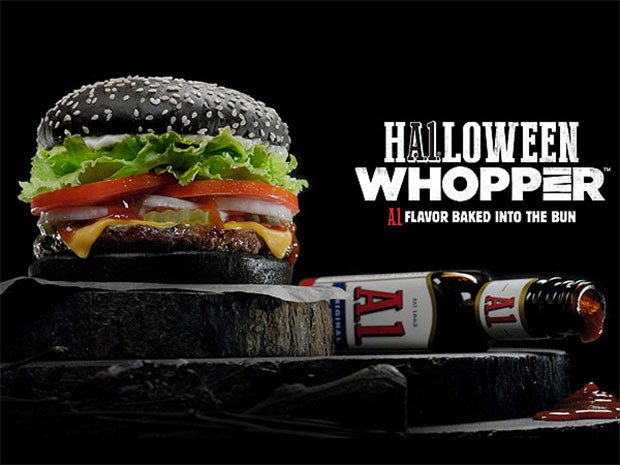 It looks strangely appetizing to me and I may have found today’s lunch. After you eat the HA1loween Whopper, you get one more surprise courtesy of Burger King. The black bun will turn your deuce green. Happy Halloween!

BK is apparently using some sort of concentrated dye, which has the odd side effect of green poo. BK notes that the dye is safe and within the FDA realm for food use and safety. Black bun and green deuce, I know what I am trying for lunch. I wonder if the Red Samurai burger that BK offers in Japan turns turds red.