If Hector from Saturn 3 mounted the Atlas robot and had a baby, I think Diego-San is exactly what their love child would look like. It’s intensely creepy with its chubby-cheeked smiling face and mechanical body. This humanoid robot was designed to learn from the world as a baby does and as a tool to study interactions with robots and humans. 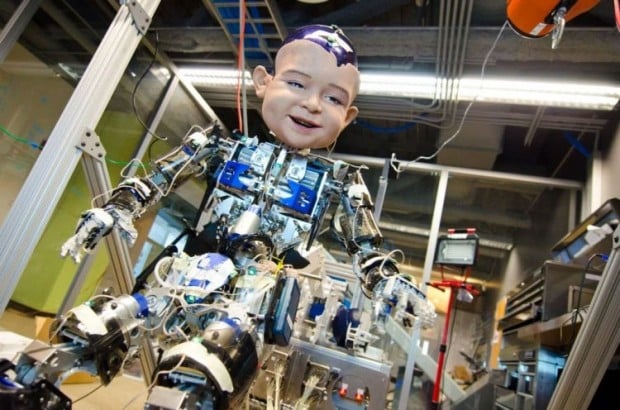 As creepy as the robot looks in still images, you should see it in action in the videos. The robot smiling and blinking its eyes is especially disturbing. It could be worse, assuming they dressed Diego-San up in a clown costume and gave him a Chucky butcher knife to come at me.

The folks behind Diego-San also invented a robot that looks like Albert Einstein. It’s not nearly as creepy and almost looks like something from a Disney attraction. At least Einstein doesn’t look like it wants to eat my soul.