Some people love drones, and other hate them because of privacy and safety concerns. If you are a drone hater, you are going to love this. The Battelle DroneDefender is a rifle that is designed to take over radio control of drones so you can bring them to the ground. No bullets. Just a drone that is on the ground. 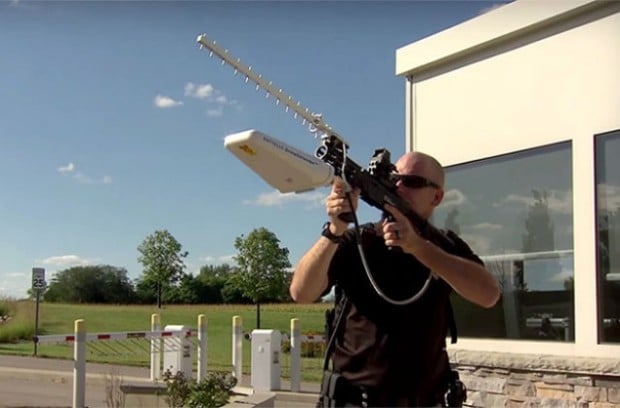 It looks like a rifle, but it is the gentlest rifle you will ever see. Unless you are a drone of course. Basically it uses targeted radio waves to force drones out of the sky. It is said that it “utilizes a non-kinetic solution to defend airspace up to 400m against UAS, such as quadcopters and hexacopters, without compromising safety or risking collateral damage.” While it could definitely be used to defend property from unwanted drones, neither the FAA nor the FCC has approved its use as of yet.

It seems like it captures control and then you can steer the drone where you want it. Drone operators can’t be very happy about this. While it could definitely be used to defend property from unauthorized drones overhead, neither the FAA nor the FCC has approved its use as of yet.

[via BGR via Geekologie]