Here’s a fun project that uses two Raspberry Pi units. Frederick Vandenbosch made his PiDesk as his entry to Element 14’s Sci Fi Your Pi contest. The desk has a Raspberry Pi 2 B running Ubuntu MATE, while the futuristic furniture’s hidden controls are powered by a Raspberry Pi B+. 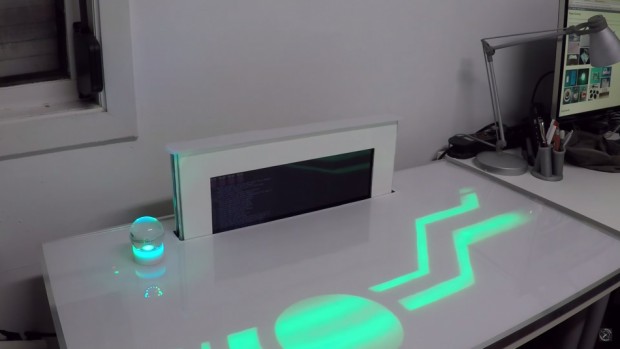 The main controls are five capacitive touch points in the form of spots of conductive paint, which are hidden under the lower right portion of the desk’s surface. Strips of copper tape connect the spots to a capacitive touch chip, which in turn connects to the Raspberry Pi B+. A motor controller Pi add-on called a Gertbot handles the stepper motors that raise and lower the Pi 2’s screen. The Pi B+ itself takes care of the decorative LEDs. 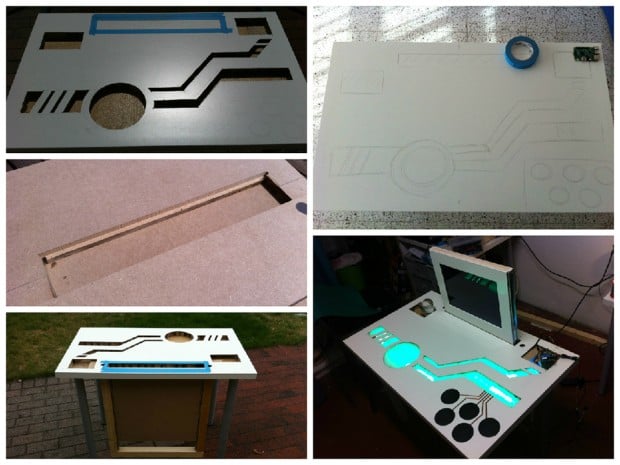 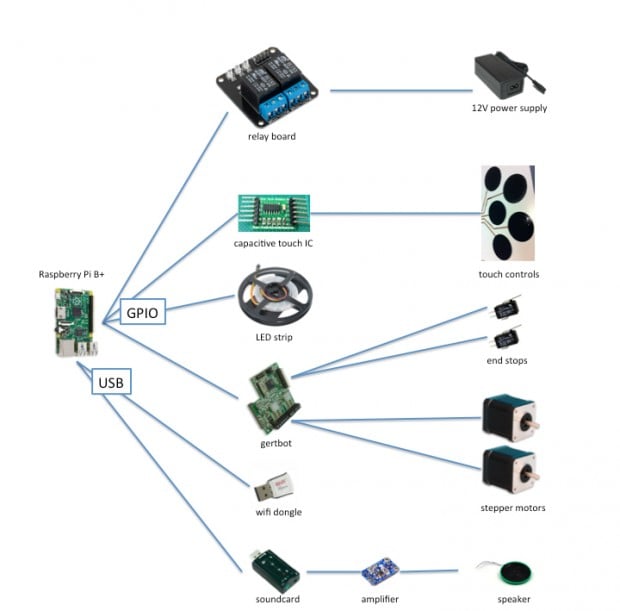 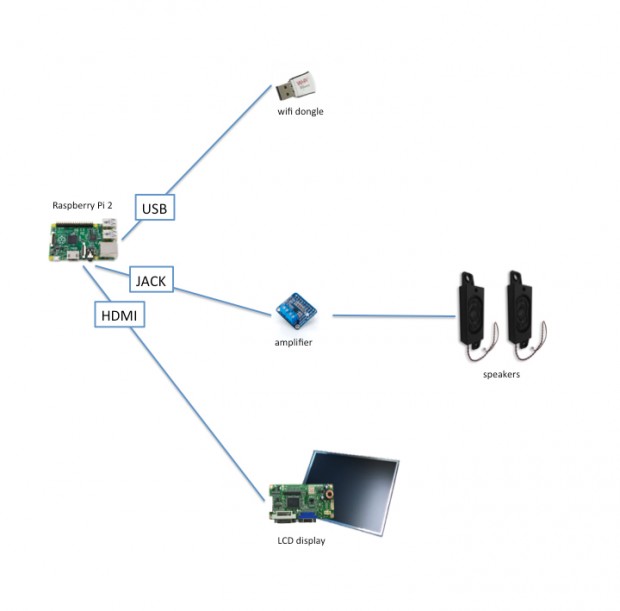 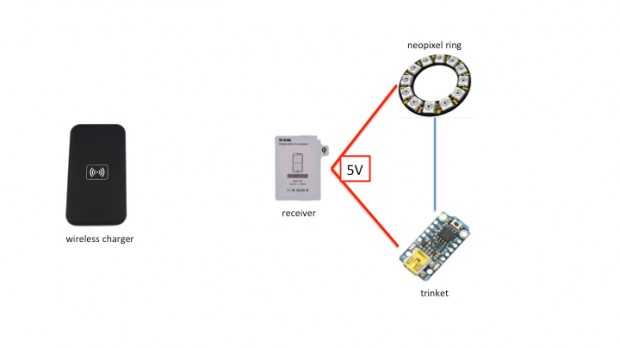 Finally, Frederik hid a wireless charger beneath the desk’s upper left corner, then he made a “magic lamp” using a NeoPixel ring. The ring’s LEDs are powered only when the lamp is placed over the concealed charger. 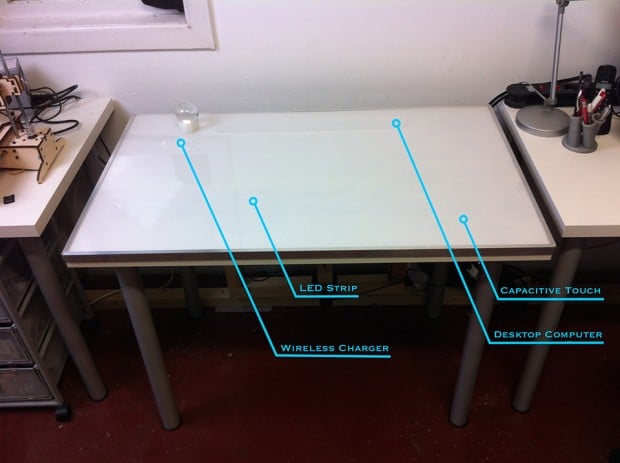 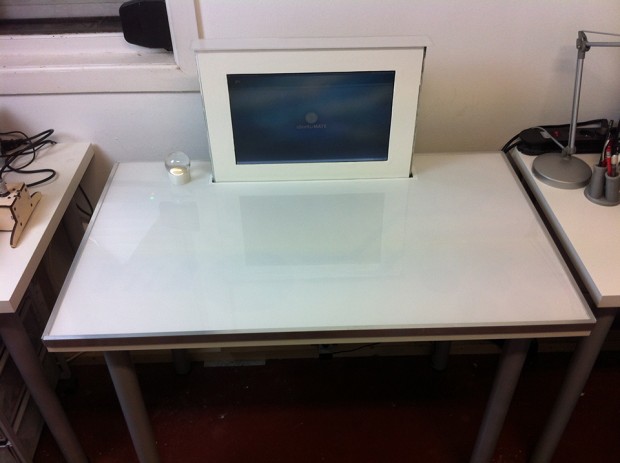 Frederik didn’t win Element 14’s contest – that honor went to a portable medical check-up kit – but his project is no less inspiring because it’s both fun and practical. Check out his website for more on his project.