London-based Tattooed Bakers have wowed us before with their Maleficent and zombie horse cakes, but they went all out for Back to the Future day. The dessert masters made a DeLorean time machine cake that looks more like a toy than something edible. 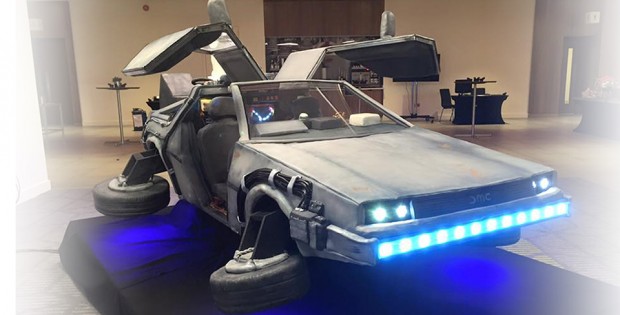 Tattooed Bakers made the cake for software maker Bullhorn. It had lights everywhere, smoke coming out of its exhausts and as you can see it was in hover mode with its gull-wing doors fully open. It wasn’t a life-size model but was still huge.

This week we welcomed Rozie, the newest member of the Tattooed Bakers team!! Here we are working hard ??? #selfiegameisstrongwiththisone #bestjobeverrrr #bttf #delorean

[via That’s Nerdalicious via Toyland]